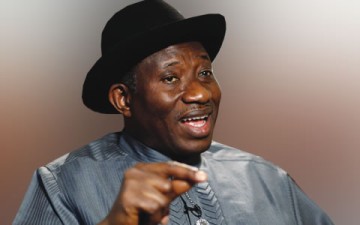 Nigeria’s outgoing President Goodluck Jonathan reflected on his political journey on Sunday and declared himself the luckiest Nigerian.

Jonathan who was defeated by Major General Muhammadu Buhari (retd), the candidate of the All Progressives Congress, APC at a presidential election held on 28 March said this is because he has been living in government house with the nation taking care of him for the past 16 years.

The President began his political journey as the Deputy Governor of Bayelsa State in 1999. He later became the Governor of the state following the impeachment of his then boss, Diepreye Alayemisiegha in 2006. He ran as Vice President with the late Umaru Yar’Adua in 2007.

He became Nigeria’s President in 2010 following the death of Yar’Adua and was elected as President on May, 2011.

His bid for a second tenure however failed last week. But President Jonathan told residents of Federal Capital Territory who paid him an Easter visit on Sunday that he has had enough of stay in government house.

“For me as an individual, this Easter coincides with the time I am leaving, but I always say that I am one of the luckiest Nigerians. I am yet to see somebody luckier than me.

“From 1999, I was in the hands of government for 16 years. Not just in government as a parliamentarian because if you are a Senator or House of Representatives member, you take care of yourself, you live in your own house,” the President told the delegation led by Vice President Namadi Sambo.

“I continued in 2011 because Nigerians voted for me and Architect Namadi Sambo. I have to thank all Nigerians. Wherever I will be, I will remain grateful to this great country. Today is a glorious day for me,” the President said.

He however called on Nigerians to be ready to make sacrifice for the survival of the government, citing the examples of soldiers and policemen who he said were dying daily in their fight against Boko Haram in order for others to live