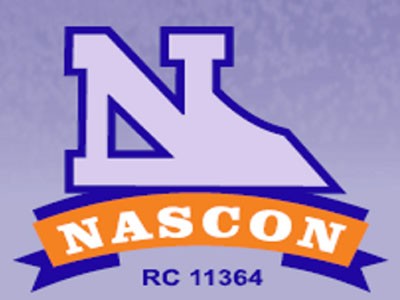 NASCON Allied Industries Plc, a refiner of industrial salt and distributor of household food processing products has been contending with several operational and environment hurdles which have impacted adversely on its performance. With an installed production capacity of 567,000 metric tonnes per annum the company has been contending with distribution and cost issues.

NASCON seems to be suffering from locational disadvantage and this may have affected its performance in the first half. However, the management said it has moved significant part of its production capacity out Apapa.  The access challene posed by the Apapa grid lock has been the ane of most companies located in the area.

Some analysts are expecting to see additional cost savings further into the year. And that, as expected would buoy profitability if demand side is properly harnessed. In the first half of financial year 2019 performance scorecard, NASCON recorded a marginal increase of 1% year-on year in revenue, from N12.82 billion in the first half of 2018 (H1’18) to N12.97 billion.

Last week, the company’s market capitalisation closed at N35.502 billion having recorded 25.56% year to date loss. However, it opened the year at N18 per share, traded at N13.40 on Friday having reached year high at N21.7, while low point was N12.50. The directors satisfied investors’ desires and paid N2.65 billion as dividend.

The payment, including some amount expended on capital expenditure, were possible with N1.5 billion overdraft obtained. This comes at heavy cost, as finance cost ballooned with resultant impact on profit margin, albeit immediately at the time when demand for its products remain flat.

The big challenge is how NASCON will manage its cost. The company’s cost is fast rising, just the same time when business isn’t looking so good. On the variable side, raw materials price increased, just as logistic and distribution isn’t coming down from all-time high.

This, analysts think is partly due to worsening road network – Apapa gridlock cost resident companies around the areas as much as N1 trillion per annum. NASCON is not left aside. Its cost of sales expanded by 9% from N8.66 billion in H1’18 to N9.45 billion in H1’19. This was the case in the first quarter, though the management raised sales volume by selling to more corporate customers’ than retail.

But  marginal growth in the top line could not support increased cost, thus lowered profitability in the period. Operating profit declined by as much as 26% year-on-year, from N2.88 billion in H1’18 to N2.12 billion in H1’19, on the back of increased marketing expenses and administrative expenses, which increased by 16% and 6% respectively.

Then, steep finance cost of N64.5 million stressed out earnings and pressed margin. The numbers show that profit before tax declined by 34% year-on-year, from N3.23 billion in H1’18 to N2.13 billion in H1’19. This forced down earnings per ordinary shares ranked for dividend.

WSTC Financial Service observed that sales of edible, refined, bulk, industrial salt as well as seasoning and vegetable oil surged from N10.81 billion in H1 2018 to N10.95 billion in H1 2019. This occurred as revenue from rendering of services such as freight income for the deliveries of salt and seasoning remained flat at about N2.02 billion.

Further analysis showed that revenue generated in the Northern region which contributes an average of 70% to the Group’s total revenue grew by 5%, to N9.42 billion in H12019 from N8.96 billion in H12018. Meanwhile, in the first quarter (Q1) of 2019, revenue from the Northern region declined by 15%. Analysts at WSTC Financial Service limited attributed the decline to security challenges and election violence during the period.

Notably, some of the problems faced in the Northern region include persistent attacks by the Boko Haram insurgents, increased communal violence between herdsmen and farmers, banditry, and killings; all of which it believed had a significant impact on sales.

However, in the second quarter (Q2) of 2019, following the conduct of the 2019 General elections and a relatively saner environment, revenue from the Northern region picked and grew by 28% from N4.2 billion in Q2’18 to N5.4 billion in Q2’19.

“We noted that the H1’18 revenue from West also a declined by 42%, from N4.81 billion in H1.17. We opine that the consecutive year-on-year decrease in revenue in the Western region was due to increased competition in the market, as consumers looked for cheaper brands due to low purchasing power.

Analysts attributed the increase in haulage cost to have emanated from the persistent traffic gridlock at Apapa. WSTC Financial Service limited believes that due to the increased competition in the markets, the Group was probably unable to pass the cost burden to consumers in the form of higher prices. Thus, operating profit plummeted by as much as 26% from N2.88 billion in H1’18 to N2.12 billion in H1’19, on the back of higher operating expenses, which grew by 9% year-on-year.

Analysts said they believe that the management decided to focus more on sales promotional activities to drive revenue rather than branding, possibly due to a less preference for branding by the consumers.

WSTC is of the view that consumers are likely to be more sensitive to prices than the brand, as purchasing power continues to face pressures. Cash flows from operating activities was a deficit of N309.61 million in H1’19, from a surplus of N2.27 billion in H1’18.

The operating cash flows deficit was majorly due to lower cash received on sales, coupled with high ramping up of stock during the period.

Inventories levels spiked by 39%, as the Group spent N1.71 billion on inventory, relative to N883.95 million in the corresponding period of the previous year.

The group also made some prepayments to the tune of N462.99 million and made a payment of N348.78 million to suppliers.

WSTC Securities stated that for NASCON to support the financing of business operations, capital expenditure, and dividend payments; the Group obtained a combined overdraft line of N1.50 billion from Zenith Bank and its parent company (Dangote Industries Limited) together with an opening cash balance of N2.59 billion.

As a result of this, a finance cost of N64.53 million was incurred during the period to service the overdraft facility.

WSTC Financial Service stated that it expects an increased competitive landscape in the salts market, majorly from cheaper brands and an influx of smuggled products.

Thus, the firm posits that revenue growth will remain pressured in the near to medium term.

“We also expect pressures on input cost to persist in H2’19. We project financial year 2019 revenue growth of N26.39 billion, a profit before tax of N3.95 billion, and a profit after tax of N2.72 billion”, WSTC Securities.