Home Features For Ribadu what next? 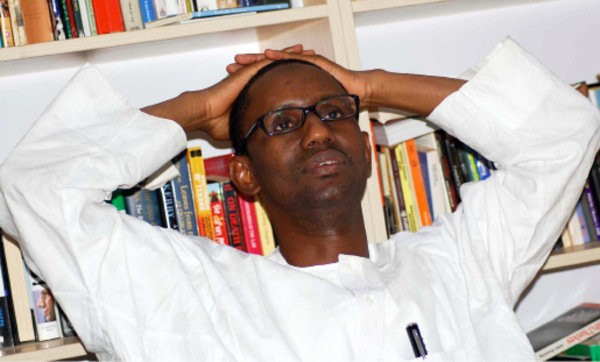 The former anti graft boss Mr. Nuhu Ribadu is one of the most hopeful politicians who had all the reasons in the world to believe that he would clinch the highest office in Adamawa State as PDP governorship candidate.The party was controling the centre and as a candidate he had the backing of the president. He was also a former police officer whose role in the force would not be forgotten for a long time. Not because of his bad record in the force, but for so many reasons, which he too could not phantom. His role in the police was controversial simply because of the way he was picked as the boss of the fanti-graft agency designed to fight corruption in the country.
When there was the need to establish the Economic and Financial Crime Commission (EFCC) many top police officers serving and retired were interested in the job but former President Olusegun Obasanjo who was looking for a very transparent person to head the agency got  many names and a lot of people lobbied for the job. From the information available, the late Attorney- General of the Federation Chief Bola Ige during the screening of those to be considered was said to have found the records of Ribadu  the most transparent and suitable for the job and gave his approval for him to get the job despite his rank then in the police force.

It was further said that Bola Ige did a lot to convince former President Obasanjo to give the job to Ribadu judging from his family background and the transparency which his father as a First Republic Minister was known for in the country. Nuhu Ribadu too, has been displaying that kind of traits since he joined the police force and he was regarded as highly principled, articulate and vibrant. Ribadu’s record right from when he was a cadet officer portrayed him as a no nonsense man who would not compromise his stand on the principle he believed in.
When he eventually got the job, those who were his seniors in the force did not take kindly to it and the job also made him a controversial officer in the police force. This controversy also reflected during the period he was promoted to the Assistant Inspector General of police and the controversy which trailed the appointment brought confusion in the force. It was this situation that trailed his exit from the police force as he faced series of persecution after the exit of President Obassanjo who appointed him.
Despite this, Ribadu moved on and he was not heard until Politics brought him into the limelight. His emergence as the Presidential candidate of the Action Congress of Nigeria (ACN) came to many Nigerian as a big surprise. This again brought another controversy into his life. How he emerged baffled many Nigerians as he was the least expected to be in the political terrain. With his record as the Chairman of the EFCC, his coming into politics was lauded and many Nigerians were optimistic that if he becomes the President, the country, would be transformed and that he would use his experience as the EFCC boss to clean the country and rid it of corruption. In fact the hope of Nigeria being transformed was very high with Ribadu than Buhari who was one of the presidential candidates that contested the 2011 along with him.

The expectation which the country has in Buhari now, was what people had in Ribadu in2011. But just as the hope of Buhari was dashed, in the same year, Ribadu’s dream could not fly, an indication that the country was not ready for him yet and the change which those who looked for him anticipated would happen 1n 2011.
After the presidential election of 2011 the question that was asked was what next for the controversial Ribadu. It was this same question being asked when he prematurely left the police force. But the former anti crime boss displayed another controversy when those who had thought he would remain in ACN suddenly heard that he was going to move to the people’s Democratic Party

(PDP). The rumour appeared not to be true but at the end of the day it became real. Just as he was looked for previously to carry out reforms in the EFCC and ACN, another opportunity came in PDP to go to his home state in Adamawa on a rescue mission for the party. The PDP wanted a transparent and honest person that would make a difference in the state and rescue it after the former Governor Murtala Nyako was impeached and the controversial situation in the state required that there would be a fresh election.
This was the second coming of Ribadu into politics.

Although he was to have contested the by election which was also shrouded in controversy, the political situation then which also bothered on constitutional matter and the powers that came into play, could not give room for that. He was simply told to wait because if he had contested the by election, he would not have had the opportunity to run in the last governorship election, which he eventually lost. His waiting for the April 11 governorship election in a way was tactical for the PDP and Ribadu. To them he was the only Joker and the answer they had for the APC but they did not realize that the wind of change being clamoured for in the country and especially in the North did not require a person like Ribadu in the state.
Since his clinching the ticket of the PDP to contest the governorship was controversial and it offended others who had been in the party before him, those who could have worked for his success turned against him. Perhaps one should at this juncture mention how Ribadu got enmeshed in PDP’s politic. It was argued that the embattled National Chairman of the Party Senator Adamu Muazu, sold the dummy to the party and convinced both the national body and the Presidency that it was the likes of Ribadu that the party needed to tackle the APC in Adamawa state. That was why he was convinced to wait for the Governorship election proper. Even the primary election of the party was alleged to have been manipulated for him simply because Muazu and the Presidency were interested in fielding Mr. credible.
When the party eventually lost as a result of the Buhari maniac and the gale of change all over the country, Ribadu’s case was one of the issues against Muazu by those who wanted to remove him as the national chairman of the party.

They argued that despite the fact that those on ground in Adamawa insist that another candidate be used to contest the governorship election, in the state, Muazu used his power as the national Chairman to impose Ribadu on them. It was said that Muazu was told categorically that Ribadu had no political base and structure in the state and that there was no way he could win the election but the national body had concluded that it was Ribadu that they would use.
There was one fundamental fact about Nuhu Ribadu’s journey into the politics of this country which a lot of people have not considered. His coming to politics is not in any way by an accident. Nuhu comes from a political family.

His father was a first Republic Minister in the cabinet of the Late Prime Minister Sir Abubakar Tafawa Balewa. His father was one of the most highly respected Ministers in Balewa’s government who did not use the spoil of office at that time to spoil his children. This even came to light during one of the interviews granted Nuhu when he became the EFCC boss. He confessed that what helped him to live a disciplined life especially as a police officer was the upbringing he had.

He said that despite the fact that their father was a Minister, he did not allow them to live a flamboyant life as they went to normal Public schools working bare footed to school when children of his father’s counterparts were sent abroad to read. When you however looked at Ribadu, you will realize that he came from a humble background despite his position and what he has achieved in life. His coming into politics therefore was like history has a way of repeating itself. It was argued in some quarters that his emergence in politics may have been divinely scripted to keep the Ribadu legacy on course.

If not for his miraculous emergence into the public glare, the present day generation would have by now forgotten the Ribadu’s dynasty and no one could have been referring to the role his father played in the politics of this country as a representative of the people and a transparent first republic Minister.
As one of the stalwarts in PDP Alhaji Ali Usman said,’’ not that RIbadu was not competent to govern as the governor of Adamawa state or President of the country, the political situation now in the country prevented him from ruling’’ He pointed out that Ribadu could have been one of the best governors in the country if he had won. What other people attributed to the loss of Ribadu in the last governorship election was that he contested in a wrong political party
According to the President of Nigerians Voters Assembly comrade Moshood Erubami, Ribadu miscalculated and he should not have rushed into PDP. He argued that if he had waited patiently in the ACN which fused into APC, he would have been one of the notable persons in the party today, having contested the presidential election even with Buhari. He pointed out that he should not have condescended to accept running as a Governor, when he had once attempted to rule the entire country saying, that his going to Adamawa underrated him.
Whether Ribadu was right or wrong to have accepted the governorship ticket in Adamawa state, the facts still remains that he is a man ready to serve the people and the country. Just like General Buhari, he is a man believed to have the interest of the country at heart. Ribadu is still very young and the notion is that if he is not the type that gives up easily his emergence now into politics is serving as a training for him because if he comes back he would have learnt the intrigues and the game plans in politics especially as they operate in Nigeria which is regarded as a peculiar country.
Ribadu it was argued by Erubami and Alhaji Usman no doubt, is one of the people needed for this country and may be, going by the legacy which people expected the coming APC president elect General Buhari to lay down for the country, it is hope that the likes of Ribadu would be needed to continue that legacy in future.