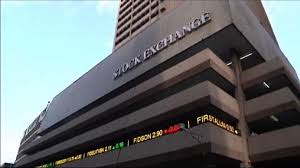 Buying into a falling stock market is, understandably, a dangerous venture, but it can also be a very profitable one. The first place to start is by applying a simple but subtle concept called ‘inversion’. Of course this sound like a corny catchword adopted by some mad scientist in a cavernous laboratory in Silicon Valley, but actually it is quite the opposite. Inversion in an investment context merely suggests the act of identifying all likely solutions to a problem that are not expected to work. For example, if a Nigerian investor was looking for income as distinct from earnings growth in the Nigerian stock market, a number of stocks are clear candidates for elimination, stocks such as AXA Mansard (recent dividend N0.03), Aluminium Extrusion (N0.085), CHAMS (N0.02), Consolidate Hallmark Insurance (N0.02) and a host of other companies with weak pay- outs (see table below).

The concept of achieving goals by reversing from expectations is not a particularly fresh approach to investment or indeed life itself. German mathematician Carl Gustav Jacob Jacobi pointed to this approach to solving problems as far back as the 19th Century. For example, Jacobi’s approach is that if you want to be an expert in financial analysis, think of all the actions or inactions that would make this goal impossible for you to attain and do the reverse! Inversion is a pretty clever way by which a brain immersed in negative thinking achieves positive outcomes.

Following Jacobi’s maxim, investors could actually do fairly well even in declining markets by adopting a market strategy that takes advantage of steady dips over a 52-week horizon (the standard period economists see as representing the, in their lingo, ‘short term’). To do this, five criteria need to be followed in picking stocks in sliding markets.

First, identify stocks with durable competitive advantage. This means stocks who are crucial service or product providers with significant slices of principal markets. Usually such companies have cornered a good portion of a difficult market (for example Dangote Cement Plc in the domestic cements market) or such that they are entrenched in industries with high entry barriers (as would be the case with Nestle Plc in the baby food formula business).

Second, calculate the purchase values of the stocks relative to their Free Cash Flows (FCF). An investor angling to make money from his or her purchase would need to compare the free cash flow value of the stock with what could be obtained by putting the invested fund in a risk-free  10-year Nigeria Treasury Bond (NTB).

Third, assess a company’s return on invested capital (ROIC). Companies are expected to apply money in such a manner that their returns on invested capital exceed their cost of capital. Companies that do not achieve this objective should be treated with scepticism. If they generate profits below cost they would be destroying shareholder value.

Fourth, decide whether the company can pay off its debt in a sustainable manner over the short-term. Quite a number of companies could be profitable but they may also be experiencing declining revenues such that their capacity to pay off both short and long term debts become increasingly impaired. One quick way of stress testing a company is to divide its profit before interest and taxation by its interest payments. This is usually called its ‘times interest earned (TIE)’ ratio.

Fifth, determine how close the stock is to its lowest value in the last one year, or more precisely, in the last 52-weeks. Investors would typically do well buying stocks that are close to their lowest value in the last 52 weeks, of course this sounds rather insane to  most investors who are traditionally used to buying stocks when there prices begin to show upward sparks, but most profitable trades are usually contrarian ones. Being stupid and going against the grain of the majority is so sensible that a particular sight known for its unconventional positions calls itself, ‘motley fool’, named after a Shakespearean court jester who in his foolishness communicated clever words of wisdom to kings and princes.

For example GT Bank Plc recently posted a share price of N23.21; how does this fare on a 52 week basis, does it trigger a buy decision? The banks 52 week yield is a relatively modest -16.13 per cent, but this is way off from its year to date yield of -7.82 per cent. This suggests that although buying into the banks recent bearishness is not a bad idea, it would have been brilliant if the banks recent year- to- date (YTD) negative yield was closer to its 52 week value.

GT could be favourably compared to First Bank with a 52 week negative yield sitting at a staggering -47.36 per cent and a YTD of -21.25 per cent. Like GT first bank would have been a great pick-up stock a while earlier, but even at that it still looks like rich pickings.

Nobody likes looking into an abyss but in investment as in mining precious ore is usually buried deep under rubble, grime and backbreaking sweat, investors looking for strong hidden value opportunities going forward cannot go too wrong by following the 52 week contrarian investor strategy that pass through the five Wiley filters.