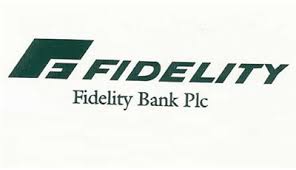 Fidelity bank Plc has posted a fairly improved financial result for the first quarter of financial year 2015, as the bank pretax profit rose by 5.6 per cent from N4.5 billion in 2014 to N4.7 billion in 2015.

The bank recorded 5.6% leap in the first quarter of 2015 pre and post tax profit as the bank tax expenses remained the same at N0.7 billion between the quarters.

It may be recalled the bank declared massive improvement in both top and bottom line measures in 2014.

A detail look into the bank unaudited report released to the stock exchange shows that the financial institution’s gross earnings rose by 12.5 per cent to N34.8 billion from N31 billion in 2014. Meanwhile, its audited result for financial year 2014 results showed total gross earnings of N132.4 billion.

In the first quarter 2015 unaudited result presented to the exchange, the bank total assets shot up marginally by less than one per cent to N1.196 trillion as against N1.187 trillion in 2014 financial year end.

The growth in the bank total assets was on the back of about nine per cent increment in financial assets.

According to the content in the unaudited financial report, net Interest Income went down by four percent to N12.5 billion from N12.9 billion year on year.

The decrease resulted from a 10.2 percent increase in the bank’s interest expenses as cost of funds berthed at seven percent while cost to income ratio moved up to 75.3%.

The fallout between the income and expense rate drew down the company relative net interest income performance.

The feat which was achieved despite regulatory cutbacks was commended by industry analysts.

Also, the bank’s operating expenses moved up by 12.9 per cent year on year, far below average rate of inflation recorded in the economy in 2014.