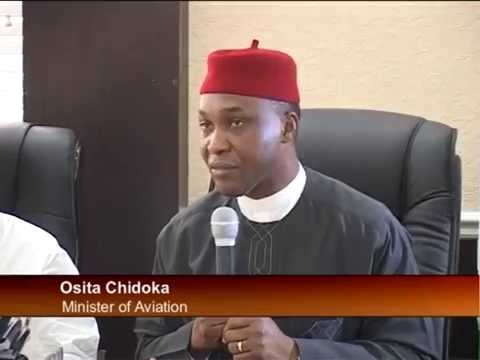 The Minister of Aviation, Mr Osita Chidoka, has expressed the determination of the Federal Government to stamp out corruption at the nation’s aviation sector.

Chidoka said this at the presentation of report on the activities of Independent Corrupt Practices and other Related Offences Commission (ICPC) at the airports in Abuja on Thursday.

He said that the ministry was collaborating with ICPC to fight the prevalent corrupt activities by some operators at the nation’s international airports.

The minister said that the synergy was borne out of the desire to protect the image of the country through instituting sanity at the international airports which were gateway to the country.

According to him, corruption in our airports has become a major problem in Nigeria because it tarnishes the country’s image and destroys the society.

“If a person that passes through our airports is made to pay to assess his luggage, pay customs and immigration men to quicken his movement, the person’s perception about Nigeria will be affected.

“In their interaction with the first set of Nigerians they see whether at the airport or seaports, the impact of corruption will be obvious and they go away with the feeling that this is the way of life.

“Hence our desire to rid our airports of corruption,” he said. Chidoka said the most important way to fight corruption was to prevent it by building a strong system that would enhance the fight against the menace.

He, however, commended ICPC for achieving results within a short period.