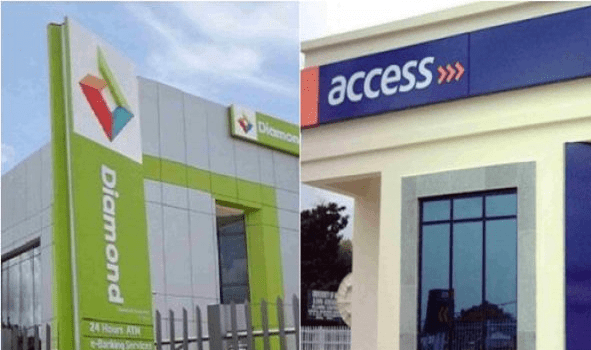 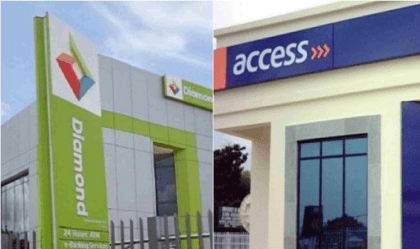 There is no plan to go into merger as it being reported in some sections of the media, Diamond Bank and Access Bank have said in separate releases.

The two banks in their separate releases sent to the Nigerian Stock Exchange (NSE) on Monday, said they had no intend to merge.

“We wish to state categorically that the Bank is not in discussions with any financial institution at the moment on any form of merger or acquisition.

“We trust that the above clarifies the position of the Bank with regards to the rumour on the various media platforms,” Diamond Bank stated in a release signed by Uzoma Uja, the bank’s Company Secretary/Legal Adviser.

“We wish to notify the Nigerian Stock Exchange and the general public that the Bank has not entered into any such discussions with Diamond Bank or any other institution. As a publicly quoted company built on best practice, the Bank is cognizant with its disclosure obligations in respect of any such corporate action and will always discharge its obligations in the most professional manner,” Access Bank clarified in a release signed by its Sunday Ekwochi, Company Secretary.