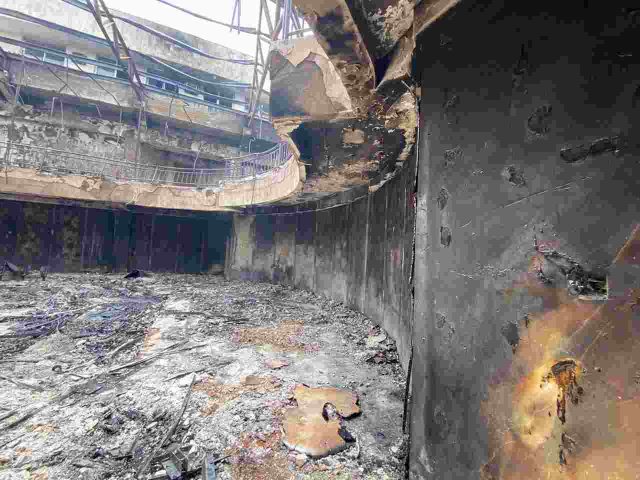 The Management of Dangote Group has denied allegation by the Kogi state government that the company sponsored arsonists to burn its House of Assembly Complex.

The group’s chief branding and communications officer, Anthony Chiejina made the denial a press statement made available to newsmen on Monday.

“Our attention has been drawn to a circulating Press Statement issued by the Kogi State Government, wherein the Dangote Group was accused of allegedly sponsoring arsonists to set the Kogi State House of Assembly on fire in the early hours of Monday, October 10, 2022.” Anthony said

He expressed worries that the Kogi State government had in its statement titled ‘”Obajana: Desperation sets in as imported hoodlums burn down Kogi Assembly” which was signed by the Kogi State Commissioner for Information and Communications, Kingsley Fanwo pointedly accused Dangote group of burning the Complex “in an attempt to possibly destroy evidence relating to the ownership tussle between the Kogi State Government and the Dangote Group over the Obajana Cement Company.”

The group’s chief branding and communications officer posited that as a socially responsible corporate entity”, we totally refute this allegation and condemn this unprofessional and irresponsible attempt to smear our image before local and international investors and thus erode our brand value.”

“Dangote Group would never stoop so low as to sponsor thugs to destroy any property, belonging to either government or any individual. This runs contrary to our business ethos and everything we stand for as a leading manufacturer with teeming customers and consumers across Nigeria and Africa.”

Chiejina added that the group’s chief lawyers had been mandated to react appropriately to the alleged “damaging allegation from the Kogi State Government within the full extent of the law.”

“We urge our stakeholders and the public to disregard such irresponsible and insane statements as we ask all our stakeholders, namely shareholders, customers, suppliers, employees, and the entire community of Obajana and Kogi State at large to remain calm while we follow the legitimate and lawful process to resolve this matter with the State Government.” the statement by Chiejina concluded.

It would be recalled that the Kogi state government and Dangote Group had been enmeshed in serious crisis over the ownership of the Obajana cement company.

During the crisis ,one person was said to have lost his life with many others sustaining various degrees of injuries