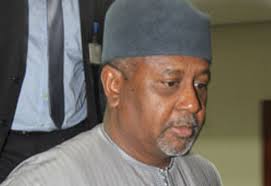 It also ordered the secret police to vacate the residence of Dasuki in Asokoro Abuja.

Justice Adeniyi Ademola gave the order on Friday after Dasuki had returned to court to report the DSS for refusing to allow him enforce his fundamental rights.

“A court order must be obeyed,” Justice Ademola said.

He also said there was nothing wrong in allowing Dasuki to travel abroad for medical treatment, saying “only a fit person can stand for trial and investigation. My own orders will not be flouted”.

Dasuki had approached the court last Monday asking for an order to allow him enforce his rights.

In the suit, Dasuki, who has been placed under house arrest in the last one week by operatives of the DSS, sought enforcement of his fundamental human rights to dignity and security of his life.

Armed security operatives have been permanently stationed at his residence, closely monitoring in-and-out movements and occasionally checking trunks of vehicles.

In the suit filed by his counsel, Ahmed Raji, Dasuki pleaded with the court to stop the siege on his house and to remove all impediments, human and non-human barricade and bulwarks said to have hindered the permission granted him since November 3 to travel abroad for treatment of his ailing medical condition.

In a motion on notice filed pursuant to section 36(5) 37 and 41 of the 1999 constitution and sections 1(1) and (2) and 266 of the Administration of Criminal Justice Act 2015, the ex-NSA also sought an order of the court extending the November 3 order permitting him to travel abroad for treatment.

The motion on notice was premised on five grounds including the request to enforce the three-week permission granted him by the court on November 3 to keep a re-rescheduled medical appointment with his physician abroad.

He claimed that the Federal Government acting through the operatives of the DSS and other security agencies had frustrated the order by barricading his apartment since the permission was granted.

Dasuki further asked the court to dispose with his appearance in court for the purpose of this application because of the alleged constant threats to his life from the security agencies.

In a 13-paragraph affidavit in support of the motion, Dasuki claimed that following the order of November 3 permitting him to go abroad for medical attention, he immediately purchased his travel ticket and boarding pass issued to him to accomplish the trip.

He said shortly after, operatives of the DSS acting on behalf of the Federal Government, stormed and barricaded his house at Asokoro in brazen defiance of the court order and prevented him from traveling out.

Dasuki asserted that the siege on his house ought to be immediately removed and that as a result of the aggression of the Federal Government, his life has been under constant threat.

In his order Friday, Justice Ademola said he would send his staff to go to Dasuki’s residence to confirm his claims about a siege.

The Federal Government had preferred criminal charges of unlawful possession of firearms and money laundering against Dasuki at the Federal High Court.

He denied the charges and was granted bail.