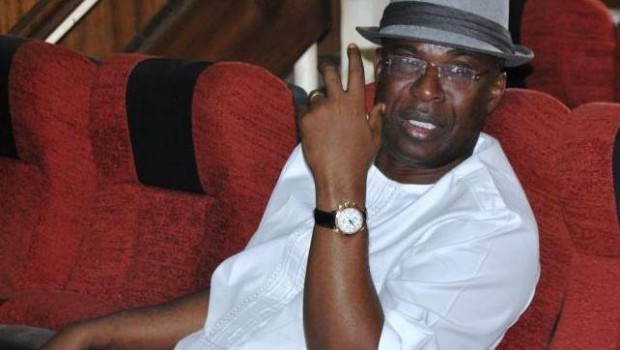 Justice Adeniyi Ademola, in a ruling, held that the charges as filed by the Economic and Financial Crimes Commission (EFCC) constituted an abuse of court process and the court lacked jurisdiction to hear the case.

He further held that the charges were “frivolous and lacking in merit’’.

Specifically, Ademola held that the same charges had been determined by two other justices of the Federal High Court, Justices Evoh Chukwu and Ahmed Mohammed.

He said that Justices Chukwu and Mohammed had struck out the charges on June 1 and June 10, respectively.

“It is the view of the court that the case constitutes an abuse of court process.

“The charges and witnesses in this case are all the same with the cases earlier struck out by the two courts.

“The court has inherent power to prevent the abuse of its process,’’ he said.

Ademola said rather than shopping and jumping from one court to the other, the only option left for the prosecution was to file an appeal.

It would be recalled that the EFCC on June filed the 50-count charge against Sylva, who is now the APC candidate for Dec. 5 Bayelsa governorship election.

They were alleged to have used three companies and co-defendants, Marlin Maritime Limited, Eat Catering Services Limited, and Haloween-Blue Construction to defraud Bayelsa of N19.2 billion.

The defendants were alleged to have withdrawn the fund under false pretence of using it to augment salaries of the state government workers.

The offences were allegedly committed between 2009 and 2012 when Sylva was the governor. (NAN)