Home Politics Concern heightens over fate of Igbo in Buari’sgovt 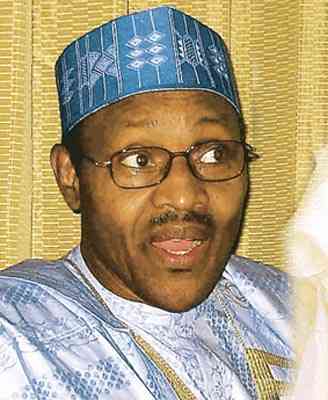 There is growing concern over what will be the fate of the South East region in the new administration led by MuhammaduBuhari given that the Igbo vehemently rejected the All Progressives Congress in their zone. EZUGWU OBINNA reports

The 2015 elections have enthroned a new political leadership in the country, it witnessed for the very first time in Nigerian history, the victory of an opposition candidate over an incumbent President and the confinement of a ruling party, the Peoples Democratic Party (PDP) into an opposition party struggling for survival.

All Progressives Congress (APC) which was formed in February 6, 2013 following the merger of the then Action Congress of Nigeria (ACN), which was controlling many states in the South West, the Congress for Progressive Change (CPC) which hadone state in the North and large numbers of supporters, the All Nigeria Peoples Party (ANPP) and a fraction of All Progressives Grand Alliance (APGA) had witnessed increasing growth in its fortunes ever since. The party was further strengthened by the defection of aggrieved five PDP governors in the wake of the party’s National Convention crisis and APC instantly became a formidable opposition party, enjoying massive followership in the entire Northern Nigeria and in the South West geopolitical zone.

While the APC was being embraced in many parts of the country however, the party was stoutly rejected in the South East and South-Southparts of the country where it was variously regarded as an Islamic party, and a party for aggrieved individuals. The APC thus lacked any significant followership in the two zones hence its abysmal performance in the recently concluded elections in both places. But APC swept nearly all electoral positions in the North and South West and eventually became the ruling party following the victory of its presidential candidate, Gen MuhammaduBuhari(retd) in the March 28 presidential election.

The consequent of which is that the PDP has largely become a regional opposition party, enjoying followership in the South-East and South-South zones. For the South-East, particularly which by implication of the new political arrangement ought to produce the Senate President, stands a huge risk of losing the position to another zone following its inability to vote for or return any APC candidate to the Senate and House of Representatives.

Senator Chris Ngige who in people’s opinion, should have been an ideal candidate for the position failed woefully in his attempt to return as the Senator representing Anambra Central Senatorial zone, managing only third place in an election that featured both Chief Victor Umeh, the APGAcandidate who came second and Hon. Mrs. UcheEkwunife of PDP who eventually won the senatorial seat.

Ngige who in 2011 National Assembly election, was able to defeat a candidate far more popular than Ekwunife in the person of former Minister of Information, the late Professor Dora Akunyili, who at the time contested on the platform of the ruling APGA and had the backing of Peter Obi, the then governor of the state, has seen his political fortunes dwindle since identifying with the APC and his loss this time can only be attributed to his being a member of the party.

For stakeholders in Anambra Central, the reason they did not vote for Ngige is simple “Ngige is now a member of APC, we can’t vote for APC here.”

The Senator who had forewarned the Igbo of pushing themselves into marginalization, noted that it had become clear that the APC would win the presidential election in the first ballot as researches had shownended up like many prophets in history who were rejected by their people but whom subsequent events eventually vindicated.

“I have been preaching against the Igbo pushing themselves into marginalization, but preferred to put their eggs in one basket. While many states in other zones have embraced APC, it is only Imo that is governed by the party. That is political short-sightedness and that is why we lost out during the consideration for the vice president slot.

“How can we expect to produce the vice president when we have only one governor? Some of us from the South East argued that giving us the vice presidential slot could help strengthen the party in the zone, but as you know, politics is a game of numbers as we were seen as weaklings in the party. Unless there is a change of attitude by the Igbo political merchants, it will continue to be difficult for us to be given the kind of position that we desire.” Ngige was quoted as saying at an event in Awka.

The senator happened to be one of the few Igbo politicians who foresaw the present political scenario and had forewarned the Igbo nation.

There were others like the Lagos State APC Publicity Secretary, Joe Igbokwe, who just like Ngige had been calling on the people of South-East to embrace the APC but in a recent interview with Hallmark following the poor performance of the party in the South East, the APC spokesperson stated that the Igbo should now carry their cross since they failed to heed his advice.

“Let Igbo people carry their cross, we told them that there was no way that two zones with eleven states can defeat the North and South West that has 25 states combined. Now the Igbo have been left behind in Nigerian politics, the country used to stand on a tripod; the Hausa/Fulani, Igbo and Yoruba, but the Igbo have been left behind,” Igbokwe said.

On his own part, Eze Festus Odumegwu, the former chairman of National Population Commission (NPC), had following the initial postponement of the presidential election noted that if the election was held on February 14, Jonathan would have lost by a landslide. He had insisted that even though the President began to do better after the postponement, it was too little too late as he was bound to lose the election.

“Since that postponement, you have seen what is happening. We must crush Boko Haram, now we have arms. Why didn’t you get arms in five years? How come you could get arms in three weeks but you couldn’t get it in five years. Now we want to implement Orosanya’s report, why have you not implemented it for the past five years. Now they are saving money from ghost workers… its absolute rubbish, it is disgusting. They all point to the fact that everything is geared towards this election and once he gets that re-election it will become business as usual. And Nigeria as a country is too big to be managed like this; we are a great country,” Odumegwu said.

Another individual who also called on the Igbo to avoid the current political reality is no other than the only APC governor in the South East, OwelleRochasOkorocha. The governor had warned the Igbo to avoid making another mistake by voting PDP which he said had not rewardedNdigbo for their support over the years and insisted that Buhari remained their best option. “Some people might not know why I left the PDP. I am concerned about the Igbo not making another mistake this time. The Igbo have not got anything to show for the massive support they gave to PDP and President Goodluck Jonathan. Igbo people need to support Buhari’s candidacy, he is a man of principle and will eradicate corruption.”

The governor would later lament the inability of Ngige to win a second stint at the Senate and the fact that he (Okorocha) is struggling to retain his seat as governor means that not much of his advice was heeded.

Earlier the APC and its presidential candidate,Buhari got themselves an unlikely supporter in the person of Rev. Fr. EjikeMbaka of Adoration Ministry Enugu Nigeria (AMEN),who in a shocking turn around called on Nigerians to vote for change since according to him, President Jonathan has brought bad luckto the country.

But his speech, expectedly won him more than a few critics both in the Christendom and on the political scene. It’s no gainsaying that his people did not pay heed to his advice as the PDP won by a landslide in Enugu State.

There were other prominent Igbo sons like OgbonnayaOnu, former governor of the old Abia State who is a strong member of APC, Professor ChukwumaSoludo, former CBN governor and so on who at one point or the other called on the Igbo to embrace the APC, but their advice was generally ignored, hence the rejection of APC in the South East zone and its present consequences.The question therefore is, shouldn’t the Igbo have listened to these individuals? What will now be the fate of the Igbo in the next dispensation?

The President-elect has nonetheless promised to run an all-inclusive government and had stated that he would not neglect any part of the country, but how much he holds unto the promise remains to be seen.