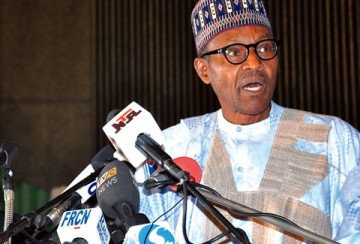 The defeat of the ruling Peoples Democratic Party in the 2015 general elections has brought to a sudden end the party’s reign in the country leaving the behemoth in tatters. OLUSESAN LAOYE, YUSUF MOHAMMED, OKUNADE ADEKUNLE, OBINNA EZUGWU report

The outcome of the 2015 general elections have exposed the ruling Peoples Democratic Party (PDP) weaknesses and failings as a political party that has been in power at the centre for 16 years. The defeat of the party’s presidential candidate, incumbent President Goodluck Jonathan in the presidential election is historic, just as the party lost control of majority seats in the National Assembly. In the governorship elections, the PDP is also trailing behind the All Progressives Congress (APC).

But how are the elections going to impact on the party’s future and cohesion. The absence of a towering figure or personality in the party will have adverse effect in its efforts to revive the party. Analysts are of the view that the PDP would need an OlusegunObasanjo to help rebuild the party, but in the absence AtikuAbubakar or Alex Ekwueme figure is needed. Unfortunately Atiku is now in APC and touted as the next Board of Trustees chairman of the party.

That leaves them with Jonathan and David Mark and Alex Ekwueme. However, given that Jonathan is not politically savvy; the responsibility might fall on Mark to help rebuild the party’s broken walls as the PDP faces threat of disintegration to the extent that it may find it difficult to provide a strong opposition.  Sources disclosed that the party should be blamed for its present predicament after 16 years in power.

Based on the new political development and the new realities in the country, the party is presently engulfed in crisis which if not properly managed could lead to the disintegration of the party and rob it of its opposition status, which people are looking unto it to provide in this dispensation.

It was argued that the crisis as a result of the loss of power at the centre may seriously affect the fortunes of the party, a situation which could mar the prospects of repositioning the party ahead of the 2019 general elections. The party may also not perform to expectation in the governorship elections in about six states that will take place before the next general elections.

Already, massive defections have hit the acclaimed largest party in Africa, which also boasted that it would be in power for 60 years. Today’s reality has shown that the 60 years has turned to 16 years. As a matter of fact, stakeholders are worried by the rate at which PDP stalwarts are defecting to APC within this period. The trend if allowed to continue will not augur well for Nigeria’s democracy especially now Nigerians want two strong parties to play in the political turf.

Trouble started for the party before the presidential elections when the leaders of the party could not agree on many issues especially the primaries which raised a lot of dust. The party was also not sure how to approach the general elections with the opposition likely going to field MuhammaduBuhari, a strong Northern figure who commands large followership in the region. Added to this is the fact that the party leaders were busy pursuing their different agenda at the expense of forming a formidable front for President Goodluck Jonathan’s reelection.

When the party eventually lost the presidential election, the mindset it became a blame game as party chieftains try to pass buck over the loss. There is deep suspicion within the ranks of PDP as leaders probe into the election disaster.

In the last weeks, the reactions from PDP stalwarts have shown that all is not well both at the state and national levels of the party. There were also indications that apart from the loss of the party at the centre, some of the leaders are said to have worked against the party in some states which caused their defeat in those states.

Top on the list of those accused of working against the party’s interest and President Jonathan were the National Chairman, AlhajiAdamuMuazu, who was said not to have shown enough commitment towards the re-election bid of President Jonathan.

President Jonathan’s former special adviser on political matters, Ahmed Gulak accused Muazu of selling out and one of the people who made the PDP to lose the presidential election. He made specific reference to the role he played in nominating some of the governorship candidates of the party, saying that Muazu was instrumental to the imposition of some candidates which made them to lose many states in the Northern parts of the country. Gulak also made specific reference to the imposition of NuhuRibadu in Adamawa state.

Also, one of the party leaders in Osun East senatorial district, OlanigbaFadahunsi accused some of the leaders of the party of insincerity and lack of seriousness in prosecuting the election.

The statement of the Niger state governor, BabangidaAliyu that the party is not united towards the election was a pointer to the fact that all is not well within the party before and after the elections. Already a group has been assigned to investigate the party’s defeat and what was responsible.

A newspaper reported that Jonathan has demanded for refund of the money he gave to political office holders and party leaders for campaigns totaling N2 trillion. But the presidency denied the report, saying that the party could not have spent such money on elections.

The governor of Bayelsa state, Seriake Dickson alleged that indiscipline and disloyalty were some of the major reasons for the party’s defeat at the presidential poll. The issue now is that with President Jonathan out of power, will he be able to provide the much needed leadership to reposition the party and put it back to where he met it before he became President? For one Jonathan is to share in the blame over the failure to win the election with the way he handled the party.

According to the National Secretary of the PDP, Professor Wale Oladipo, the party’s National Executive Council (NEC) had met with those governors and senators elected under the platform of the PDP on how to reposition the party ahead of 2019.

He told Hallmark that, “PDP would be providing issues based opposition that would make it a credible alternative to the APC.” “When you lose an election, you are not distracted. We are more focused than ever. The NEC is determined to reposition the party under the chairmanship of AlhajiMuazu. The NEC has met with the governors and senators-elect to rally round the party in providing a credible opposition,” he said.

The situation has equally been eliciting reactions from notable Nigerians such as the General Secretary of the National Union of Textile, Garment and Tailoring Workers of Nigeria (NUTGTWN), and one of the Deputy Presidents the Nigerian Labour Congress, Comrade Isa Aremu  who described the development as a sign that politicians in Nigeria has little focus.

The labour leader lamented that politicians are now jostling for positions instead of working to deliver the dividends of democracy to the people.

“The electorate needs to be on the alert to remind the politicians to fulfill their promises. They are now jostling to get positions; everybody wants to be within the ruling party. The defections is just for positions, the truth is that APC is three quarter PDP, he stressed.

“The needed opposition cannot come from the PDP; Nigerians should be looking at a new party because both the PDP and APC are the same people.”

In his reaction, Prof. AderemiAjekigbe, a consultant and Head of Radiotherapy and Oncology department, College of Medicine, Lagos University Teaching Hospital (LUTH) attributed the development to lack of ideology. He explained that politics in the country is bereft of ideology.

“It is a normal thing in Nigeria, politics in the country is not based on ideology but on stomach infrastructure. They are all looking for money; they don’t have principles,”

A PDP stalwart in Ebonyi State, AbiaOnyike however dismissed fears that the party may not function as a strong opposition party in the next dispensation, insisting that the party has all it takes to constitute a formidable opposition.

“The PDP has what it takes to play opposition, if you look at it; the party is still strong in the old Eastern Region which now make up the South East and South-South geopolitical zones. Eastern Nigeria has always had a tradition of opposition right from the colonial period. It was them who led most of the independent movements.

The first notable opposition to the colonial government for instance, was led by Aba women, so they can still play opposition,” he said.

Onyike who is the Director of Media and Publicity, Engr. Dave Umahi Campaign Organisation nonetheless, noted that there are PDP members who may defect to APC. He insisted that the party does not need such people to function.

Out of the 26 governorship seats contested for, APC won 19 and PDP seven. Three states are still outstanding at the time of going to press. APC also won 214 House of Representatives seats against PDP with 120 seats. The APC equally took control of majority seats in the Senate with 64 senators and PDP 45 senators.