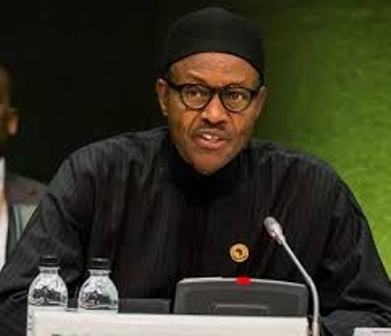 There is a saying in my native parlance to the effect that a dog owned by the entire community usually dies of hunger. This is simply because nobody in particular would take the responsibility of feeding it. That was my first problem with President Muhammadu Buhari’s famous, “I belong to everybody, I belong to nobody”. As attractive and appealing the statement was, I felt that it was merely targeted at the sentiments of Nigerians at least at the point it was made. And not unexpectedly, Nigerians chorused it with enthusiasm. But for purposes of partisan tenacity, I felt the statement was not only too open ended and populist, it was also fraught with danger, especially as it is not in sync with partisan idiosyncrasy. Of course, skeptics took their positions and it was not long when the first salvo came.

The president was accused of plagiarizing the statement. The “I belong…” jargon that was contained in his inauguration  speech was said not to be original to him but lifted from an earlier saying by another famous man outside this clime.  Pronto, the president’s “enemies” (really, does he have any?) had a field day through the social media. The plagiarism charge seems to have been settled in favour of the president but my worry now is that so early enough, we are seeing the other side, if you like, the real implications of the “I belong to nobody…..” mantra.

For, shortly after that ‘wise’ saying, President Buhari, oven-fresh and draped in magisterial aura conferred on him for “defeating a sitting president”, the first in Africa, headed for Germany to attend the 41st summit of the G7. There, according to reports, the Nigerian president, to the astonishment of the whole world, alluded to Germany, the host of the summit, as “Western Germany”; and to the head of government (state) of Germany as “President”. President Buhari was also said to have wrongly pronounced the name of the Chancellor of Germany as “Mitchele” instead of Merkel, Angela Merkel, that is.

Again, the president ‘enemies’ went to town through the social media. Understandably, not much mention has been made of the gaffes in the local print media and I am personally of the view that as grave as the slips are, there is no need crying over spilled milk. Fortunately, Nigerians so love their president that they were quick in laying the blames on the door steps of his handlers, some say aides. Did they (aides) brief him properly? Was there a pre-summit debriefing between the president and his handlers?

Did his aides or handlers take pain to understand that at his age (73), the president in not supposed to be conversant with the tittle and proper names of heads of state of other country? To avoid a reoccurrence in the future, some analysts say the president should take a briefing on global etiquettes. Others suggest that he should be shielded from unnecessary (global) exposure. On the latter option, Nigerians, they say, elected Buhari for just one reason: to fight corruption and that as such, he has no business cat-walking on the runaways of every international airport. President Buhari, they say, should get into the trenches to deal with corrupt Nigerians instead of making every international summit. Witness the bizarre counsels to the leader of Africa’s most important country and Africa’s largest economy, indeed Africa’s most populous nation in the proportion of three Nigerians in every five Africans.

In my view, such counseling is coming because Nigerians were dazed by the presidential slips but that does not warrant the resort to presidential recoil. Of course, Nigeria must continue to showcase our handsome president with the great poise. I am sure every Nigerian was quite proud to see President Buhari in the crowd of other world leaders, his magisterial gait and elegance. There was this particular photograph where the president was alighting from an open vehicle and I recall one lady saying “Waoo, this president!”

On a more serious note, however, Nigerians are willing to give a pass mark to President Buhari on the things he has done so far at the domestic front. At least his attitude to the issue of the emergence of principal officers of the 8th National Assembly gives him not less than a B+. Still, go to the international arena he must. There are so many things to go and talk about abroad. For one, the nation’s economy is so bad that it needs no exaggeration to state that Nigeria needs a bail out from the international community at least for the next one or two years. And it is not what the president can do from Daura. So, while I disagree that the president should stay put at home and like in 1984 begin to put former governors to jail, there is one thing he must do: he should repudiate the “I belong to nobody…” mantra. In my view, President Buhari has to belong to somebody; not, of course, to Asiwaju Bola Tinubu as is being commonly feared.

President Buhari has to make himself available. He has to work with Nigerians. Of course, I disagree with those who blame his aides. With my little exposure to top political office holders, most principals get only the advice or assistance they want to have. Most principals, in the Nigerian context, put up body language that freezes all good intentions from their aides. I hear the president is an easy going man but my fear is that he may still be operating with the same mind set as when he was running for his present office. Majority of Nigerians saw him as stand-offish and a fellow with a “you-can-go-to-hell” disposition.

An example was when the issue of his academic certificate arose. Yes, the election was won and lost but the truth is that Nigerians did not like the seeming arrogance with which he handled the matter. He had referred INEC officials to the military authorities when the latter asked for his academic credentials. Granted that Nigerians did not buy the talk that he had no certificate to show, not a few were piqued by that attitude because that was another way of telling Nigerians that he owed them no explanation. My hunch is that President Buhari might not have asked his handlers for a pre-summit briefing. To be quite candid, I do not buy the idea that he should not at his age bother about certain things. For goodness’ sake, he now has to.

In my article, titled “Igbo Did Not Make A Mistake on 2015”, which was published a few days after the presidential election, I argued that most Igbo did not vote for the then president-to-be because he was not properly presented to them. General Muhammadu Buhari (GMB then) now President Muhammadu Buhari (PMB), as some newspapers now write, was wrongly packaged: as a religious fanatic, a Boko Haram supporter and a fellow who did not possess the minimum educational requirement for the office he was looking for. Going by his body language then, it seemed all that did not matter to the then GMB.

Now as PMB, my fear is that he is yet to believe that he has to make himself to be truly or better understood by the people. His fabled anti corruption disposition notwithstanding, President Buhari has to know that what he can achieve in that regard will be largely dependent on the extent Nigerians understand him. “I belong to nobody…” is too vague for the social and economic milieu Nigerians currently find themselves in. A dog owned communally usually dies of hunger.