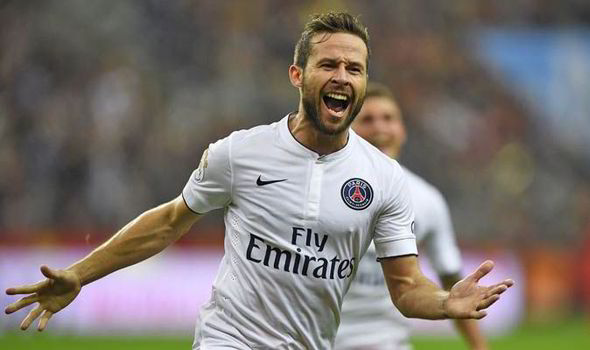 Arsenal could rescue former Newcastle midfielder Yohan Cabaye from his Paris Saint-Germain nightmare in the summer.

According to the Daily Mirror, Arsene Wenger is prepared to renew his interest in the 29-year-old Frenchman who has failed to command a regular starting spot at the Parc des Princes.

With France hosting Euro 2016, Cabaye could be keen on a return to the Premier League.

Meanwhile, Liverpool and Chelsea have been dealt a blow in their attempts to sign Theo Walcott.

Walcott has one year left to run on his current contract and swap deal with Raheem Sterling has been mooted.

However the latest reports of Arsenal and Walcott sitting down to discuss a new deal could prevent any deal.

Also, Spanish newspaper Marca claim the Gunners have been joined in the race for Athletic Bilbao defender Aymeric Laporte by Barcelona.

Laporte has emerged as one of the top prospects in La Liga and been linked with a host of clubs including Manchester United.

Despite their transfer ban, Barca want to agree a deal for the young defender, who is reportedly worth £31m.