Home Headlines APC To Wike: Remain In PDP, We Don’t Need You 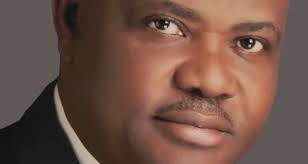 The All Progressives Congress (APC) has alleged moves by Rivers State Governor-Elect, Chief Ezebunwo Nyesom Wike, to dump the Peoples Democratic Party (PDP) and join its fold, advising the governor-elect to remain in his political party.

The APC, in a statement issued in Port Harcourt on Thursday, and signed by its State Publicity Secretary, Chris Finebone, condemned the planned move, saying Wike’s aim is to obtain the cover of it and avoid dethronement by the nation’s judiciary.

Finebone said, “Wike’s latest move comes as no surprise to those who know his antecedents. Having back stabbed his mentors like former Senator John Mbata in the past and more recently Governor Chibuike Amaechi, he would only be living true to the unreliable ally that he has grown to be.

“Wike’s history is replete with sabotage and dual personality often unstable among peers. So, we are not surprised at his latest moves to dump PDP to join APC. Such a move portrays him as unstable in relationship having at several instances, bitten the finger that fed him.

“He thinks that by hiding under the canopy of APC membership, elders of the APC will prevail on Dr. Dakuku Adol Peterside, the governorship candidate of the party at the April 11 election, to abandon his quest for justice.”

Giving insight into the plan, the APC Scribe explained that Wike, as soon as he is received into the APC fold, will woo APC elders and leaders to prevail on Peterside to drop his quest for justice before the Election Petition Tribunal.

He said, “Through this, Wike would have hoodwinked APC elders and leaders into prevailing on Dr. Peterside to withdraw his petition from the Tribunal. In short, Wike seeks to hide under the cloak of party man to dodge standing before justice to explain how he garnered the fictitious figures he claimed to have secured at the April governorship poll.

“Aware that Peterside is a true and loyal party man, unlike what he is; Wike will propound the hypothesis of “this-is-a-party matter” to cajole both Peterside and the leadership. Unfortunately, Wike has already shot himself in the foot with the barbaric manner in which he obtained the fraudulent victory he is currently parading.

“In any case, the APC has placed restrictions on fleeing PDP members whose only reason for jumping ship is because the PDP has lost the elections. Mr. Nyesom Wike is a liability rather than asset. It would be best he remains in the PDP, stand before Justice at the Tribunal and explain his role in the rape on democracy in Rivers State last April 11. His late night moves to join APC is only a ploy to protect the stolen mandate in his pockets.”

However, when contacted, the Chairman, Media and Publicity Committee of the PDP Campaign Organization, Barrister Emma Okah, sait it was untrue that Wike is planning to dump the party for the APC.

Okah said, “I cannot glorify APC with a response on a thing like that. It is absolutely untrue, totally childish and a deceased imagination.”