Home Features APC in power: What next for jagaban? 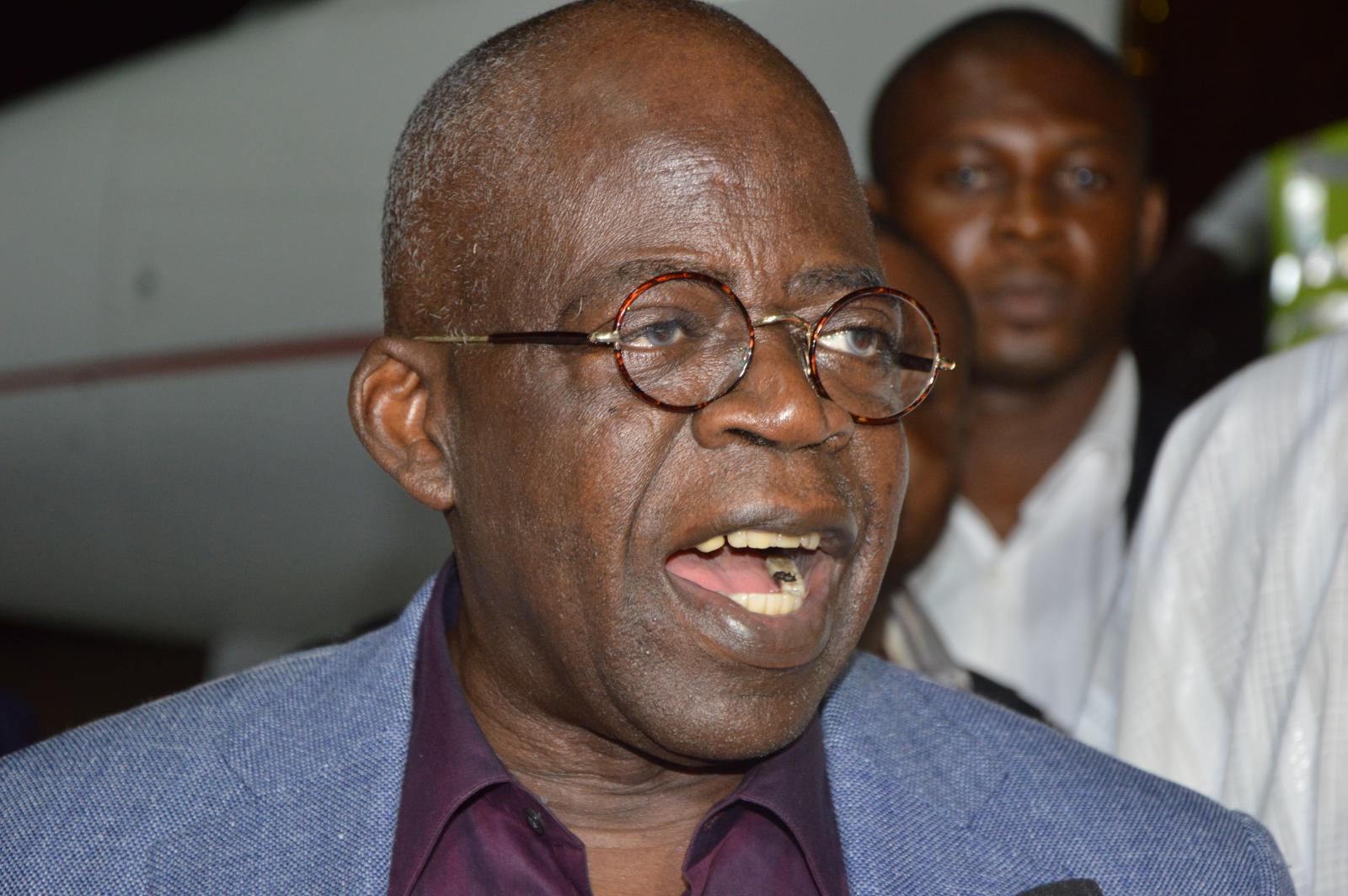 After the historic victory of APC in the last general elections, political enthusiasts wonder if there is anything higher for the National Leader of the party to achieve politically, EMEKA EJERE, writes

For the sagacious former governor of Lagos State and National Leader of All Progressives Congress (APC), Mr. Bola Ahmed Tinubu, the highest political goal before the 2015 general elections was to dethrone the Peoples Democratic Party (PDP), and enthrone his APC at the federal level. That dream came true with the declaration of Gen Mohammadu Buhari (rtd) as the winner of the May 28 presidential election.

But the question yet unanswered is what could be the next political step of a man who in every sense appears to have reached the pinnacle of his political exploit. Will he like to go further…, remain where he is… or retire from active politics? many now wonder.

The only step further is to become the president of the country while remaining where he is means retaining the position of the most influential Nigerian politician, who determines even who becomes the president in a ruling party.

It is in the public domain that after his 8-year reign as governor of Lagos State, Mr. Tinubu hand-picked his successor, Babatunde Raji Fashola and today his anointed candidate, Akinwunmi Ambode, is the governor-elect of the state. He was also solely responsible for the emergence of Prof Yemi Osinbajo as the vice presidential candidate of the APC and now takes the biggest credit for Buhari’s victory.

The controversial Oba of Lagos, who recently overheated the polity with a threat of throwing Igbo’s into the lagoon if they failed to vote for APC, is also a beneficiary of Tinubusm. Tinubu’s mother died as the Iyaloja General of Nigeria and was succeeded by his daughter in keeping with the craving of the Jagaban.

Retiring, on the other hand, will mean allowing other people to take control of the party at state and federal levels while he plays advisory role. But how possible could that be for a man whose joy arguably comes from commanding absolute loyalty?

Present political realities make presidency almost a no-go area for the man many now refer to as Asiwaju of Nigeria, following his invaluable contribution in the change revolution that ended a 16-year long PDP rule. Many factors stand against him. That is the only explanation for his sacrificing his presidential and vice presidential ambitions for Buhari and Osinbajo during the last election. It was not anything near magnanimity or declining desire for power.

But nothing guarantees that those unfavourable factors will not still be there in 2019 and even 2023. He will not cease to be a Muslim neither will he change his ethnic nationality because he wants to be president or vice president at a particular time. Also he is not likely to settle for anything short of a darling to the goddess of wealth in order to be accepted as someone who will just come to serve.

Some believe that supporting Buhari to become president was the greatest political miscalculation of Mr. Tinubu. Such people believe Tinubu will get the disappointment of his life from Buhari and his kinsmen as they would soon begin to sideline him in the scheme of things.

Many are also certain that growing conflict of interest in sharing appointments and contracts will eventually disintegrate the APC .Others are more interested in the fact that Tinubu and his compatriots have achieved an unprecedented feat through the APC.

Prior to the successful merger of the various political parties that transformed into the APC, merging of political parties had not been a successful venture in the country’s political terrain. In the Second Republic, for instance, the progressives led by the late sage, Chief Obafemi Awolowo, Dr. Nnamdi Azikiwe, Alhaji Aminu Kano, Alhaji Waziri Ibrahim and others tried fruitlessly to form a formidable progressive inclined political party that could wrestle power from the then ruling National Party of Nigeria, NPN.  These frontline leaders of the progressives held several meetings at that time but with insignificant success.

It was, perhaps, this history of failures by the progressives to forge a common front that initially made political observers and pundits to be skeptical about the feasibility of the APC project. Indeed, some prominent PDP members were ready to stake their lives that the merger was not going to work.

However, with the unwavering and calculated focus of a lion in pursuit of its prey, Asiwaju and his fellow progressive leaders, who today see themselves as heroes of democracy, forged ahead like trojans who are sure of their destination.

In 2003, when the Alliance for Democracy, AD, lost all its controlled states in the South West, except for Lagos, the only attractive option for Asiwaju was to jump ship and move to the ruling PDP. That seems to be the natural path in African politics where playing opposition politics is deemed hazardous and unattractive. But such a choice is for men with blatant opportunistic disposition, one of whom Mr. Tinubu says he is not.

His further doggedness gave birth to Action Congress, AC, which later paved way for the emergence of the Action Congress of Nigeria, ACN. Though the road was rough and tough but with the ACN came the recovery of lost states in the southwest. Edo state was to later come into the fray. But the astute politician refused to see it as a destination. He knew that the journey had just started, and nothing had been won.

Thus it became clear that a necessary condition for the progressives to achieve their long-term mission in the nation’s political landscape was for ACN with its relative success to die. This took place at a ceremony in Lagos. The Congress for Progressive Change (CPC) and the All Nigeria People’s Party (ANPP) followed suit. However, these parties did not die in vain.

With their death came the birth of the APC, a formidable opposition party. At last, the progressives were ready to confront the PDP for the political soul of the country. In a most keenly and fiercely contested presidential election in the political history of the country, the party defeated the PDP in a way that raised eyebrows..

“Many who do not really know him bear false tales about his person. Others hate him just out of vicious envy and jealousy. But those that are privileged to know him are conscious of his unquestionable patriotic zeal and uncommon commitment to the emancipation of the downtrodden.

“Many who used his political influence and benevolence to achieve political success have betrayed him. But for Asiwaju, there is a price to pay for every prize that one desires. The more inestimable the prize, the more bristly the price.”

On what next for this political enigma, Raji said: “Without a doubt, fiercer political battles lie ahead for Asiwaju and his progressive co-travellers. But of what essence is life without battles? That is the stuff that champions are made of. Ride  on Asiwaju! May your light never go dim.”