Home Politics Afenifere should not be involved in partisan politics 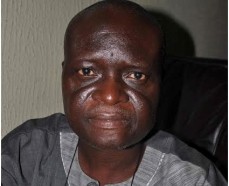 Alhaji Wale Adele is the Director of Publicity, Media and Strategy of Engr. SeyiMakinde, the SDP governorship candidate in Oyo state. In this interview with OLUSESAN LAOYE, he speaks about the plan of the SDP to win Oyo state. He also condemned the involvement of Afenifere in partisan politics. Excerpts:

With the governorship election next, what will you say about the political situation in Oyo state and the country in general?

Well things have changed and things are picking up in the state but the worry was about the disposition of some politicians, especially politicians in some of the political parties, who have taken the election as a do-or-die affair. To us in SDP, we believe that should not be the way politics should be played. When you come to Oyo state you will see that politicians have been going about with their campaigns but lately, some of the politicians resort to attacking others in the cause of the electioneering campaigns. That is not too good and this will not give Oyo state a good name. As far as the SDP is concerned, we have been appealing to all the politicians and political parties involved in this act of violence to allow peace to reign and that they should all abide by the peace accord signed by all the political parties. The irony of the whole issue is that those who are advocating for peace are the ones causing violence. We just hope that things will go on normally before the governorship election because the SDP has not been involved and we have not been attacked as well.

What is the position of SDP in Oyo state and why did SeyiMakindeopted for the SDP when he was expected to join any of the bigger political parties?

Well, as a matter of fact, we have put what happened in PDP that made us to join the SDP behind us. Right now we are interested in the affairs of the SDP and how we are going to win the governorship election with the ticket of the SDP. You asked why the SDP? It is the party that provided the platform for us. You see, SDP is a credible party because it is a party that has made positive history. So when people talk about SDP, people remember with nostalgia the good political history of the late Chief MKO Abiola, the good performance of the late governor of Oyo state, Chief KolapoIsholaand the good performance of the former governor of Ogun state, Chief OlusegunOsoba under the SDP in Ogun state. Naturally, this is what would attract any positive mind and that is why it is the SDP.

If I may ask, how comfortable is SeyiMakinde in SDP considering the heavyweights he is contesting with and their popular political parties?

Let me ask you too, those you described as candidates with big names are they with positive impact? Certainly the answer is no. One of them was there for four years, it was crisis galore, another one was there, he was sent away for 11 months, he came back and there was nothing to show for it. Another one was there and he tagged his administration ‘’Oyato’’ meaning it is different. His tenure was a big disaster and the crisis in his time reached a crescendo. The present one we have now is a man that when he opens his mouth and whatever he tells the people is full of lies. You see in some other climes,SeyiMakinde and the SDP should have gone to sleep by now because all the people we are contesting with have one thing or the other against them with the people.

Honestly, let me tell you we have nothing to fear and the way we campaign now, is that we visit the people one on one to drive home our message. I want to assure you that the response we are getting has been very encouraging.

With the support which Seyi  Makinde is getting from the people of the state and with what  we are hearing that many people including some elders are working underground for him, don’t  you think Oyo governorship election could go the Otedola way as it happened during the SDP and NRC?

We are not expecting the Otedola issue here in the coming governorship election in Oyo state. What happened then was a different thing from the situation now in Oyo state. You see the people of Oyo state will just vote for the candidate of their choice which is SeyiMakinde, regardless of what anybody you regarded as  ‘’big’’  may have  told them. You see there is a limit to what theycan do. The people of the state have seen them, they have tried them and they know what they can do because they have been there one time or the order. The truth of the matter is that they have seen Seyiin his true capacity and they know what he can do and what he has done for them without holding any elective office.

What then do you think SeyiMakinde would do differently if elected?

He is now prepared to eradicate poverty in Oyo state. This is a core issue that is bothering him. Honestly, people of Oyo state do not deserve to be poor. So, we are going to tackle poverty headlong and we are going to ensure that the people of Oyo do not lack at least in the next four years when we are at the saddle in Agodi government house.

What is the economic blue-print of the SDP for the people of Oyo State?

We have decided that we are going to tap what we have to shore up our economy. We have discovered that we have land, and all we needed is locked up under the land. This is the reason why we are going to make agriculture our priority. We will first make sure that we are able to feed ourselves and in feeding the nation. We have the land, the resources and partnership. What we are going to do is very simple. When we ask people to go and plant cashew nuts, we are not going to abandon them to it we would immediately invite those who will need it and those who will process them. We want to use Oyo state as a template for good governance.

What is the relationship between SeyiMakinde and Afenifere?

Ordinarily, Afenifere is a socio-cultural group that is not expected to be involved in political activities or belong to any political organization. So if they want to belong to where they belong, they are not supposed to come out to back any political group. We as Yoruba people are also members of Afenifere.  So, whatever they need from us they will ask us and whatever we need from them we will ask them as well.

If not for the shift in the election dates the governorship election could have been over but you are now waiting for April 11, what advantage do you think this shift in the date has given your party?

Well it allowed us to review what we have been doing and to now re-strategize on how we can reach the people in more communities. Oyo state is a very big state. The shift in the election has given us more time because if the election was held in February, we would not have had the opportunity we now have, to reach virtually all the towns and cities to speak to our people.