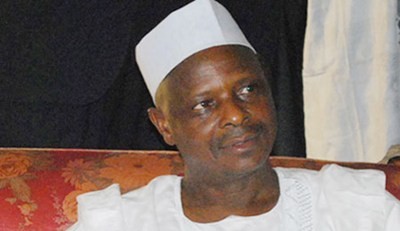 Senator Iroegbu in Abuja
The residents of the Federal Capital Territory (FCT) have called for the appointment of the outgoing Governor of Kano State, Rabiu Musa Kwankwaso, as the next Minister of the FCT in the next Muhammadu Buhari-led All Progressives Congress (APC) government.

The group, under the aegis of Abuja Residents Forum (ARF), at a press briefing in Abuja at the weekend, said Kwankwaso would be the best for the post because of his excellence tract records as a governor of Kano State.

The leader of the group, Alhaji Aminu Abubakar, explained that the peculiarity of Abuja where elections were not held for governor or state legislators, have made it imperative for some powerful stakeholders in the city to canvass for the appointment of the former Defence Minister as the ideal minister for the territory.

Abubakar said with requisite experience and records of performance in maintaining peace and unprecedented infrastructure development in the last four years in Kano, it was only appropriate that he be allowed to turn Abuja into a masterpiece like other international capital cities.

He also promised that Kwankwaso’s election as a Senator in the forthcoming 8th Senate will not stop him from answering the call for service of the people FCT.

He said: “Yes, we are aware that  Kwankwaso has just been elected a Senator but it is our belief that he will be better utilised as a minister under the envisaged dispensation as Nigerians are all too eager to reap the benefits of electing Muhammadu Buhari and it is only tested hands that can help to achieve this.

“Remember that he was governor between 2003 and 2007 before he took a break to serve as Minister of Defence. He returned to Kano State Government House in 2011where he performed his development miracle in the state.

“Noting that the FCT does not have a governor and so residents lack the power to elect who governs FCT residents, appointing Kwankwaso as FCT minister will have the multiple advantage of ensuring that someone with sound pedigree and great antecedents is put in charge; giving residents a minister with listening ear and also; giving the president peace of mind because of Kwankwaso’s dependability,” he said.

According Abubakar, the popular Kano State governor was also Deputy Speaker, House of Representatives between 1992 and 1993 and board member (North-west) Niger Delta Development Commission (NDDC)
“Currently, over 1,000 students from the state are studying in various universities in Nigeria and abroad on government scholarship in addition to the various other first class institutions that he established within the short period,” he further explained.

ARF, he said,  which is a socio-cultural group interested in development of the FCT with members cutting across different tribes, religion, culture, and states in the federation who live in the six area councils of FCT insisted “our aim is to see to the progress of FCT and improvement of welfare of its residents.”

He also used the opportunity to congratulate the President-elect,  Buhari, on his well-deserved victory after three strenuous trials, saying the victory was a lesson for the younger generation of Nigerians in perseverance, dedication and patience.

In the same vein, Abubakar  commended President Goodluck Jonathan for displaying statesmanship, humility and exemplary attitude for humanity to emulate in conceding defeat even before the official announcement of the results.

Also at the occasion, were some of the executive members of the forum including Hon. Olushola Emmanuel, Mohammed Usman, Alhaji Hussaini Yusuf, Charles E Okehislem and Mrs. Veronica Joseph. 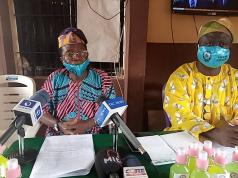 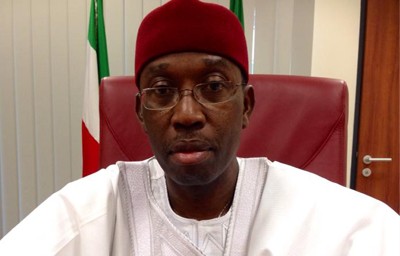