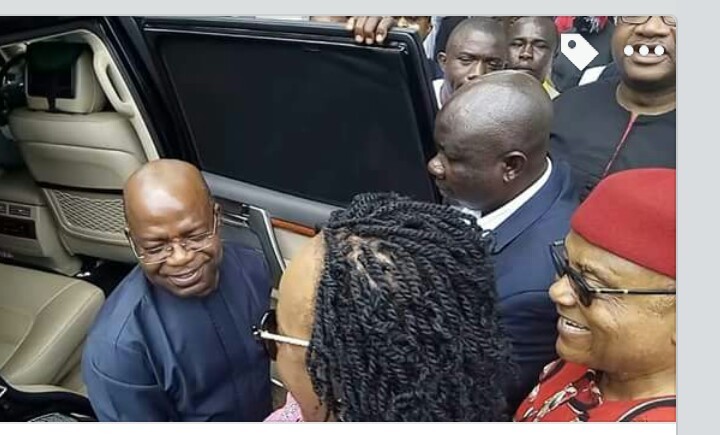 Front line aspirant for Abia governorship, Dr. Alex Otti has vowed to reclaim the mandate he said was stolen from him in 2015 by the People’s Democratic Party (PDP) in that year’s election.

Otti who spoke to a crowd of supporters on Thursday at the secretariat of the All Progressive Grand Alliance (APGA) in Abuja after he picked the party’s nomination form for the Abia governorship election, affirmed that he won the Abia governorship polls in 2015, but lost at the court due to “legal contingencies.”

“I won my election as governor of Abia State in 2015, but due to legal contingencies, I lost the case at the Supreme Court,” he said.

“My supporters in Abia State are much ready to vote me again in 2019 and I am more than ready to unseat (Okezie) Ikpeazu and recover my mandate.”

He lamented that the state was being poorly governed by the Governor Ikpeazu led PDP administration, noting that Abia people missed the good governance he would have offered them if he had been sworn in to office.

He however expressed confidence that with the support of Abians in 2019, he would set the state on the right trajectory. Otti who arrived at the party’s secretariat at about 1:40pm, was received by the National Secretary of the party, Chief Labaran Maku. After picking the form, he went into a closed-door meeting that last over one hour with Maku.