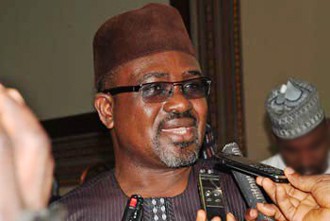 Despite preparations so far made, next year’s population and housing census is threatened by the N16 billion or 80 per cent slash in the budget for the exercise by the National Assembly.

Chairman, National Population Commission (NPC), Chief Eze Duruiheoma, who disclosed this on Monday in Abuja, appealed for more commitment of resources by the in-coming administration to ensure success of the exercise.

According to him, “we are really worried. Initially, the sum of N20 billion was earmarked for the exercise but was later pruned down to N4 billion and we have not even seen a dime.”

Duruiheoma who spoke in Abuja during a chat with newsmen at the commencement of the field work for the 2015 Nigeria Education Data Survey (NEDS), while expressing worry over the huge reduction in the money earlier proposed, was however optimistic that the exercise would still hold as scheduled, going by preparations to ensure a hitch-free exercise.

Moreso, he added, the development partners are already on standby for their usual support and cooperation.

Continuing, the NPC boss said the survey, which would cover about 30,000 house-holds, is expected to gulp about N400 million primarily for the payment of the allowances of recruited interviewers in the three months the exercise would last and other exigencies.

He further noted that the exercise is meant to provide policy makers with accurate and timely data to formulate courses of action designed to increase enrollment, attendance and learning for school aged children, as well as provide substantial amount of the household based education data needed in the country.

“The outcome of the 2015 NEDS will inform programming that would improve levels of student enrollment and attendance, as well as facilitate equitable access to quality schooling for all children in Nigeria” he added.

According to him, the Commission has adopted a meticulous and scientific approach at every stage of the survey to ensure it meets its lofty objectives of providing the much-needed data for educational planning.

While appealing for co-operation with the interviewers to guarantee a successful survey, Duruiheoma called for patience on the part of respondents as they provide enumerators with truthful answers that would be treated with absolute confidentiality.

In March last year, when he appeared before the House Committee on Population to defend the 2014 budget of the commission, Duruiheoma said the NPC requires N17 billion to successfully conduct the census.

He told the committee that although the commission requested for N34.56 billion as capital allocation in the 2014 budget, the Budget Office approved N6.2 billion, which he said was inadequate to carry out activities for the successful exercise.

For example, he had argued, construction of Information and Communication Technology (ICT) centres across the 36 states of the federation would gulp N5.7 billion, out of which only N203 million was allocated.

In addition, he had noted the need to refurbish and equip NPC offices across the country.