Home Special Report ‘$20b not missing from excess crude account’G 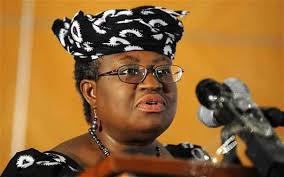 THE Federal Government will, in ‘ a few days,’ publish Excess Crude Account (ECA) allocations to states in the last four years.

Coordinating Minister for the Economy and Minister of Finance, Dr Ngozi Okonjo-Iweala, who disclosed this in a statement signed by her Special Assistant, Mr. Paul Nwabuikwu, last night, responded to some governors’ claim that $20 billion was missing from the account.

The governors, led by Chibuike Rotimi Amaechi of Rivers State, had demanded that Okonjo-Iweala account for an estimated $20 billion oil revenue from the ECA, from June 2013 to April 2015. Faulting the allegation, however, the minister described it as “totally strange.”

She stressed that Amaechi, who was reported to have read the communiqué on behalf of the governors, made a similar “unsubstantiated allegation in November 2013 that $5 billion was missing from the ECA.

According to her, “there is no basis for the demand and the stated amount.”

Okonjo-Iweala, insisted that the Rivers State, led by Governor Amaechi, received N257.6 in 2013 alone, of which N56.2 billion was from Excess Crude Account.

“…We subsequently showed, with facts, that, not only was the amount not missing, Rivers State received N257.6 billion from the Federation Account between January and October 2013, the second highest among the states, of which N56.2 billion from the Excess Crude Account was a part.

According to the finance minister, the Federal Account Allocation Committee (FAAC) meets every month, where the ECA is discussed at every session with all the state commissioners of finance present.

“Nothing is hidden,” she said. “At these meetings, the Honorable Minister of State who is the chair of FAAC announces the balance in the ECA, which is then discussed.

So, governors, who want any information about the ECA, should ask for details from their commissioners who should have the records of what was discussed and agreed upon. Details of the ECA are also published every month along with the allocations to the three tiers of government.”

She stressed that the reference to June 2013 in the governors’ statement “is probably because the National Economic Council last met in May 2013.

But this is immaterial because the FAAC meetings during which the ECA and similar issues are discussed have generally held regularly every month.

“In the interest of transparency and accountability, and to throw more light on this issue, the Federal Ministry of Finance will publish details of the ECA for the last four years within the next few days.”