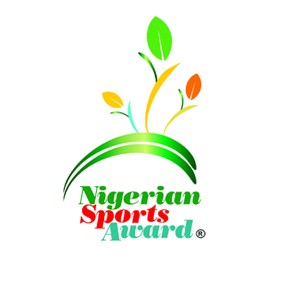 … As voting phase begins
As the 2015 edition of the prestigious Nigerian Sports Award enters its voting phase, the organisers of the award, Unmissable Incentives Limited has unveiled the list of the top three nominees in each categories of the award.
Chairman of the Award Panel, Mr. Ikeddy Isiguzo explained that the top nominees emerged having recorded highest frequency of nominations by the members of the public for their outstanding performances in their respective sports.
Executive Director, Unmissable Incentives Limited, Kayode Idowu noted that the long list of nominations was painstakingly scrutinized by the panel to shortlist the top nominees.
Idowu noted that two times winner of the Ball SportsPerson of the Year, Aruna Quadri was re-nominated for the category alongside the duo of Chamberlain Oguchi and Olumide Oyedeji who are members of the victorious National Basketball team, D’ Tigers that won the just concluded FIBA Africa tournament.
The public voting for Sportsman and Sportswoman commenced on Wednesday 7th of October 2015 and will end on Sunday 15th November 2015. Members of the public are expected to send SMS SMOTY for Sportsman of the Year or SWOTY for Sportswoman of the Year and the name of the athlete to 33140 or nominate through twitter using the hashtag #SWOTY or #SMOTY and the name of choice winner to @ngrsportsaward.
The Coach of the National Men’s Basketball team, William Voight will be competing with Are Feyisetan, Nigerian Powerlifting Coach and the Women Cycling Coach, Bashir Mohammed for the Coach of the Year category.
Nigerian Wrestler, Boltic Sinivie, tackles Efe Ajagba (Boxer) and Henry Hendrix (Kungfu) are the top three nominees for the Combat Sport Person of the Year while Awoniyi Taiwo (Footballer), Kelechi Nwanaga (Javeline), Amusan Tobiloba (Hurdles) top nominations for the Discovery of the Year category.
In the football category, AsisatOshoala, Desire Oparanozie andNgozi Okobiare contesting for the Footballer of the Year (Women) category while Odion Ighalo, Ahmed Musa and the top scorer, in the ongoing 2015 professional football league, Tunji Adeniji are the top nominees for the Footballer of the Year (Men).
World record breakers at the just concluded All African Games, Yakubu Adesokan, Loveline Obiji, will slog it out with Lovina Onyegbule for the Special Sport Person award while the President of the Nigerian Wrestling Federation, Daniel Igali battles Director General of the National Sports Commission, Yakmut Alhassan for the Sports Administrator category.
The 2015 Nigerian Sports Award event is schedule to hold on Friday, November 20, 2015 at the Marquee, Oceanview, EkoHotel, Lagos.