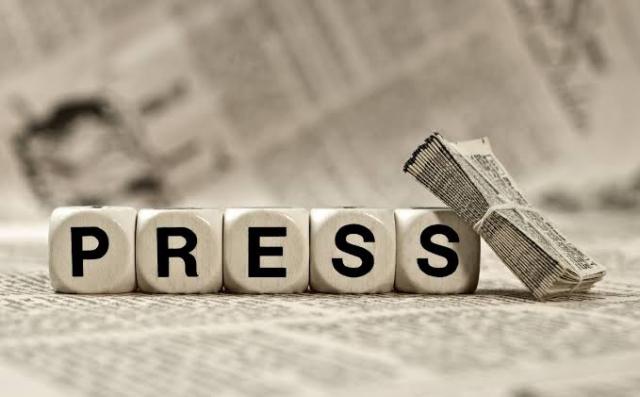 To mark Wold Press Freedom Day recently, the Nigerian Presidency had cause to make comments on its own perceptions of the media space in the country.

While acknowledging that the freedom of the press is an irreducible minimum in any proper democracy, the formal statement that it released on the occasion however attempted to introduce some caution notes into the discourse.

“The media must be sensitive to what we are going through as a country, and anything that would exacerbate the situation, and further inflame passions and emotions, should be avoided.”

“That everything is permitted does not mean that there are no rules of correctness.”
These are indeed quite strong views and they of course do come with their own interpretative associations.

On the first plane is the seeming censure of the media as not exactly doing enough to sustain the national unity project. Here, the simple point to raise is that the reports published and carried in the media simply reflect the tone and attitude of the diversity and generality of opinions of citizens in the country. If they are presently pointing in the direction of exposing different currents of dissatisfaction with both the structure and format of affairs, then the proper thing to do is for those entrusted with the task of fixing the issues to take the information as presented, thank the media and go to work on fixing the issues being raised. Shooting the media would not solve the problems.

Coming at the same time when the same Presidency had talked about stories being planted in the press to discredit some of its functionaries and with the Department of State Security, DSS also alleging that the freedom of expression was being abused by ‘misguided elements,’ there is very little that does not suggest that the continually desired free operating space for the media in the country is not patently under threat.

While there is no gainsaying the fact that the media practice in the country could indeed be better, a broader understanding of the issues at stake would clearly reveal that the media is, and has indeed not at any time been at the commanding heights of Nigeria’s problems. That title sits more comfortably with other sectors and segments of the nation, of which the political class and the governing elite take a front seat.

Indeed, rather, and as our history bears out, the media has been a veritable driver and shaper of the best of the Nigeria project. The media held the colonialists in check, reported on the excesses of various administrations, military and civil, and has continued to be at the forefront of the clamour for a great, prosperous and egalitarian country. The media is not, and cannot be the problem.

Indeed, were more segments of Nigerian society to be more invested in the genuine growth and advancement of the nation like the Nigerian media has continued to demonstrate across generations, a lot more would have been achieved and a notable heap of the problems besetting the country would have been held in abeyance, if not comprehensively redressed. But that very sadly is not the case.

In our view, an occasion of World Press Freedom Day is one for the government to review its relations with the media and commit to sustaining its part of the deal even as the nation continues to crave and drive for a society where the composite material, economic, social and political conditions are favourable and very well disposed to unimpeachable media practice. At a time where the parlous economic conditions in the country have engendered a situation of a slump in advertising patronage, circulation numbers and the capacity of media users to afford and pay for products, what should first concern the authorities is how to reflate the business space. Alas, that is not the concern.

Another point that has been raised in the tirade against the media is linked to what has been termed the scourge of fake news. While we appreciate that the technological adjustments that have presently led to a deregulation of the information dissemination space so as to permit virtually everyone that can access a device to broadcast any information of his or fancy, has also come with some drawbacks, our position remains that a clampdown on the overall media establishment is clearly not the way to address the fall-outs of this development. What is needed is a measured and informed strategy that places encouraging the mainstream media to remain at the top of their game so as to be able to dominantly project the balanced perspectives of information and news that they are structurally kitted to deliver on. That is the way to go, we yet submit.

That Nigeria at the moment is saddled with many problems is quite self-evident. It therefore makes plain sense to not add any more when we can help it. Any attempt to circumscribe what is left of the freedoms in the media space today would simply be expanding the pain in the land. It is not wise.