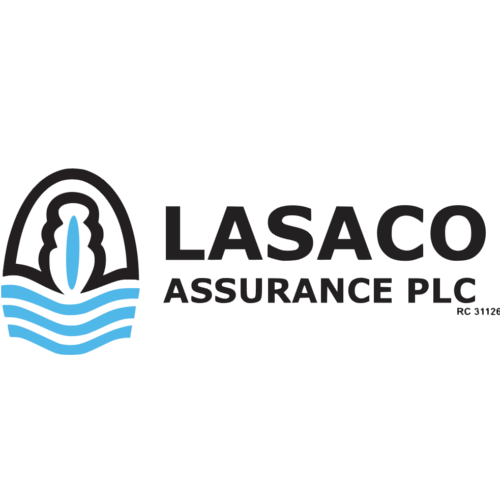 …as Insurance sector continues to struggle

It is no mean feat for an organisation to remain relevant 40 years after its founding; that is a big feat LASACO Assurance Plc has achieved to remain on top of the billing. It has successfully sailed through storms to remain one of Nigeria’s biggest insurance firms

According to the influential AXCO Global Statistics database 2017 the Nigerian insurance market was ranked 72nd in the world, what was factored in was the industry Gross Premium Income. Note that the gross premium income is the chief indicator of growth in the Insurance sector.

Though it has been tough for the sector, the Nigerian Insurance market recorded an impressive 14.5% growth, from N372 billion in 2017 to N426 billion. This was not a one-off as the industry has been witnessing steady growth since 2014, when its Gross Premium Income: Non-life and Life business was put at N281 billion.

Analysts believe the best is yet to come, as the sector yet has not fully tapped into its full potential given several challenges it is facing. These challenges are multi-pronged from lack of political will power to vicissitudes and changes in governmental policies as well as religious sentiments. Most Nigerians would rather pray against disasters than insure against them.

We all know that insurance is not as complicated as people make it out to be. It is simply, an insurer ensuring installment for an uncertain future occurrence, while the insured or the policyholder pays an agreed premium to the insurer in return for that security.

In the last couple of years, there have been uncertainties in the industry, but in spite of the dark clouds and enormous risk that plague the sector, LASACO Assurance has consistently weathered the storms in its four decades of rising through the ranks, to become one of the biggest insurance firms in Nigeria.

Having gone through several expansion moves, business changes, and review of the minimum capital base by NAICOM; the company still stands tall ,counted among the   foremost insurers, in the front ranks of the 57 registered insurance companies in Nigeria.

The company was incorporated in December 20, 1979, as Lagos State Assurance Company Limited, LASACO; nevertheless, it did not list on the main board of the Nigerian Stock Exchange until 12 years later – 1991.

The insurance giant got its license as an insurer on July 7, 1980 and started operations the following month, with an authorized and fully paid-up share capital of N500,000, offering a wide range of   insurance options to its client base in Lagos state.

It decided to explore the vast opportunities that lay in increased capitalisation; and admitted its shares into the NSE through listing by introduction in 1991. With the capital available, the company’s operations over the next three decades expanded considerably to a network of about 13 regional and branch offices across Nigeria.

The recapitalization exercise in 2007 to transact in Life and Non-life brought with assets to N8.26 billion; and LASACO Life Ltd with a capital base of N2b. The directors proposed a dividend of 5kobo per share for the year ended 31 December, 2019

It could boast to high heavens now that its operations traverse all categories of the Insurance and Special Risks business, high impact financial services and Real Estate. It has a current Market Capitalization of N1.83 billion, issued and fully paid capital of 7,334,344,000 at 50 kobo each, it has come to be regarded as one of the upscale insurers in the country.

The information on the NSE website says the company obtained a life insurance business license from National Insurance Commission (NAICOM) in 2007, and then separated the Life business, the assets, and liabilities to its subsidiary, LASACO Life Assurance Company Limited which started operations in January 2009.

We should note that in 2014 a court sanction merged the operations of LASACO Life Company Limited and LASACO Assurance Plc to morphed into a Composite Insurance Company approved by NAICOM.

This development led to LASACO Life Assurance Company Limited ceasing to exist as a Private Company becoming a department under LASACO Assurance Plc. The 7- member Board of Directors is currently chaired by Mrs. Disu Aderinola, who joined in November 2015, while Mr. Segun Balogun is the Managing Director.

Ever since its founding the company has successfully kitted away a significant share of key Federal and State Governments Insurance businesses, multinational and private companies, underwriting businesses in various sectors of the economy, including heavy Engineering & Construction, Banking & Finance, Manufacturing, Agriculture, and Tourism among others.

As part of moves to ensure financial stability, the company has activated non-core business investments, and diversified its business interests to include Real Estate. It also holds shares in some blue-chip enterprises.

The company grew its Gross Premium to N6.947 billion during the period from N6.877 billion in Q2 2019. Despite that, Underwriting profit dropped by 19.60% to N1.063 billion from N1.322 billion. LASACO Assurance Plc was one of the companies that defaulted the deadline in 2020, for filing its audited FY 2019 financial statement; a move it attributed to unforeseen disruptions caused by the pandemic.

This however, was not the first time the company would default on such procedures, and even the Compliance Status Indicator Code for LASACO Assurance Plc says, “MRF”. This means that the company was guilty of missing a regulatory filing deadline.

A statement from the company stressed the importance of the customer satisfaction drive, hoping to make policyholders get faster compensation under their motor insurance policies by solving, “the most critical aspect of claim assessment, and settle minor automobile insurance claims immediately”.

Only recently LASACO paid claims to relatives of 32 demised workers under the Group Life Assurance Policy of Lagos State. On the whole, the company has weathered several storms, but the challenges are still daunting.