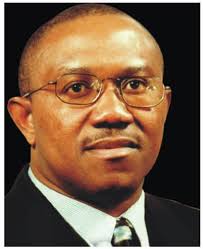 DAVID-CHYDDY ELEKE, Awka
The Senator-elect for Anambra central senatorial zone, Mrs. Uche Ekwunife has congratulated the former Governor of Anambra state, Mr. Peter Obi on his appointment as Chairman, Securities and Exchange Commission, SEC, by President Goodluck Jonathan.
Mrs. Ekwunife in a statement signed by her Media Assistant, Emmanuel Uzor and made available to our Correspondent in Awka described the appointment of Mr. Obi as a commendable one in the history of Nigeria’s development, adding that the former Governor has all it takes to move the commission to an enviable height.
She further commended President Goodluck Jonathan for making the appointment, describing it as very critical to the economic development of the country and expressed happiness that with the wealth of experience of the former Anambra Governor, he would steer the wheels of development in the commission.
“When such appointments are made especially with the foresightedness of His Excellency, Mr. President, we are always very proud of him for finding in our son and brother, the immediate past Governor of Anambra state, a true face of development and new face of exchange commission.
“I join all other well meaning Nigerians and indeed on behalf of Anambra central senatorial zone to congratulate Mr. Peter Obi and express optimism that he will replicate his midas touch in SEC.”
The Senator-elect also expressed optimism that with the experience of the former Governor, he would surely do well and lift the commission to the good of Nigerians.