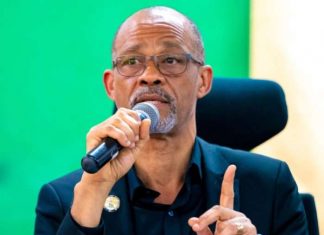 The government of Lagos State Government has directed civil servants from grade level 1-12 to stay at home starting Monday 23 March in a an effort to curb the spread of coronavirus pandemic in the state.

This comes as confirmed cases of the virus in the state climbed to 17 on Saturday, while the country now has 27 cases in total.

The state government which announced the decision in a tweet on Sunday, said, “Lagos State civil servants from Grade Level 1-12 should stay at home for the next 14 days with effect from tomorrow 23rd of March, 2020.

“They are to stop going to work from 23rd March, 2020 for the next two weeks after which this decision will be reviewed”.

The government said, however, that health practitioners, fire service men and all those working in other emergency sectors are excluded from the stay at home directive.

Sterling Bank Partners hospitals to provide insurance for all