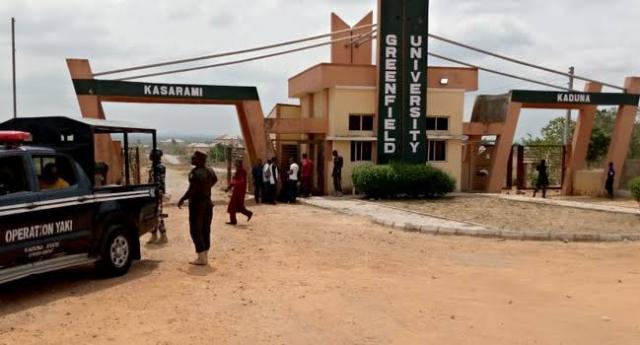 Three students of the Greenfield University, a private university in Kaduna State, who were abducted by bandits on Tuesday night have been murdered by their abductors.

During the attack on the university, located along the Kaduna- Abuja highway, a staff member of the school was also killed.

The Kaduna State Commissioner for internal Security and Home Affairs, Samuel Aruwan, who confirmed the sad news, said the remains of three students were found on Friday in Kwanan Bature village, a place close to the university.

According to him, their remains had been taken to a mortuary by the Force Commander, Operation Thunder Strike, Lieutenant Colonel MH Abdullahi and him.

Meanwhile, Governor Nasir El-Rufai has sent his condolences to the families of the deceased students.

He condemned the killing of the three students, describing it as wickedness, inhumanity and an outright desecration of human lives by vile entities.

He also described the armed bandits as the worst of humankind who must be hunted down for their atrocities.

While the number of students abducted remains unknown, identity of some of the students is now public knowledge, as disclosed by journalist, @Truthfully83.