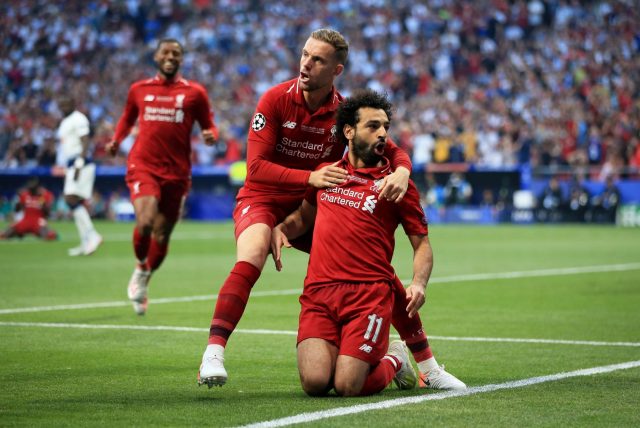 Mohamed Salah struck the winner as Premier League leaders Liverpool came from behind to clinch a 2-1 victory over Tottenham.

Harry Kane scored after 47 seconds at Anfield and Jurgen Klopp’s men, for all their dominance of the ball, struggled to cope with Tottenham’s fast breaks and the irrepressible Son Heung-min.

Son was instrumental in creating the opener for the in-form Kane, who has scored five goals in his last five games for club and country, and Liverpool found Paulo Gazzaniga at his best in the Spurs goal as they pressed hard for an equaliser.

That goal arrived courtesy of a Danny Rose error that let in Jordan Henderson to score, and Salah fired the winner from the penalty spot after Serge Aurier felled Sadio Mane in the box.

The result restored Liverpool’s six-point lead over second-placed Manchester City, while mid-table Tottenham are without a league win in their last three attempts.

In the 74th minutes, Salah scored a driven penalty, after Mane had been brought down.

Moussa Sissoko launched Tottenham into an immediate attack, feeding Son Heung-min who turned inside Trent Alexander-Arnold and Jordan Henderson before crashing a deflected shot onto the post, and Kane was on hand to steer the rebound home with a diving header.

But Liverpool began to dominate and were unfortunate not to equalise as Salah stung Gazzaniga’s palms with a pair of powerful drives from the edge of the box and Virgil van Dijk’s bullet header was tipped over the bar by the Argentina international.

Gazzaniga saved well from Roberto Firmino before releasing Son who smacked a shot onto the crossbar with Alisson beaten, but Liverpool drew level moments later.

Andy Robertson’s high ball into the box was poorly dealt with by Danny Rose whose header played in Henderson, and the England midfielder sent a shot bouncing into the far left corner of the net.

Tottenham defended bravely as Liverpool chased a winner, but Mane was caught by Aurier with 15 minutes left and the referee pointed to the spot without hesitation.

Salah rattled a clinical spot-kick past Gazzaniga and the Reds shut the door thereafter, leaving Spurs with one point from their last three league games 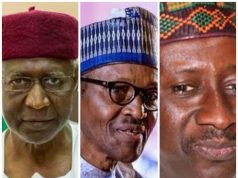