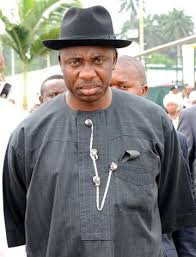 Rivers state is gradually turning to a killing field as unknown gunmen have killed four persons in Rivers State. The killings took place in Okrika and Eleme Local Government Areas of the state.
Two persons were shot dead on Saturday in Okrika, Okrika Local Government Area of the state while the other two were killed on Sunday in Eleme Local Government Area.
Close watchers of the Rivers state political climate described the killing in Okrika as a ‘systematic elimination of perceived enemies’.
In a manner reminiscent of the dark days in pre-2007, when cultists held sway in the state, the corpse of one of the victims who was shot dead in his car was removed along with his vehicle by the assailants.
The assailants who killed the second victim in his house, carted away with his corpse, which was later found floating in a river.
Two persons were also killed in a clash between suspected cult members from De-well and De-Gbam in Ebubu community of Eleme Local Government Area.
The clash between the two rival cult groups started on the night of Sunday, April 19, and spilled over to the early hours of Monday causing panic in the community.
Meanwhile, the All Progressives Congress (APC) in the state, has raised alarm over the indiscriminate killing of its members.
The party alleged that the two persons killed recently in Okrika were APC members.
The Dakuku Peterside campaign organization, Greater Together Campaign Organisation (GTCO) of the governorship candidate of APC in the last election, has, therefore, demanded an immediate end to the dastardly acts, warning of spiral effects if not stopped.
While calling for proactive steps by security agencies to curtail the ability of the perpetrators and their possible sponsors to hit their targets, GTCO had asked the rationale behind the post-election killings.
“If they killed APC members on election days, why have they continued to kill after the polls?”
A statement in Port Harcourt, on Monday, by Director of Communications of the campaign outfit, Ibim Semenitari, wondered why those behind the killings wanted to turn the state into a killing field.
“The unabated killings of APC members in Rivers State raise concerns of the mental status of the men and women the Independent National Electoral Commission, INEC, declared winners of the recent elections in the state. We are afraid that killers and sundry criminals have been imposed on the state by INEC, and, if we are right, then, worse days lay ahead for our people.”
“Since the discredited Governorship and House of Assembly elections in Rivers State, killers have swarmed on Ahoada East, hitting down their targets. Recently, Messrs Chigba Apollos and Chiezule German, both members of APC in the area, were shot dead in Ibarikpo Town by unknown gunmen. Ibarikpo is in Ahoada East Ward 13.

“In similar bizarre manner, on Thursday, April 15 Mr. Saturday Wakama was killed and his corpse carried away. Wakama, a popular APC member in Okrika, was a member of the Ijaw Youth Council, IYC, and had championed campaigns for a riverine governor in Rivers State.

The GTCO wondered why security agencies have not arrested any killer or kidnapper, to face justice.
“This is an indictment on the agencies of state saddled with the responsibility of tackling law breakers. An arrest and prosecution will send strong warning to these outlaws and possibly stem the tide of growing murder of APC members in Rivers State”.