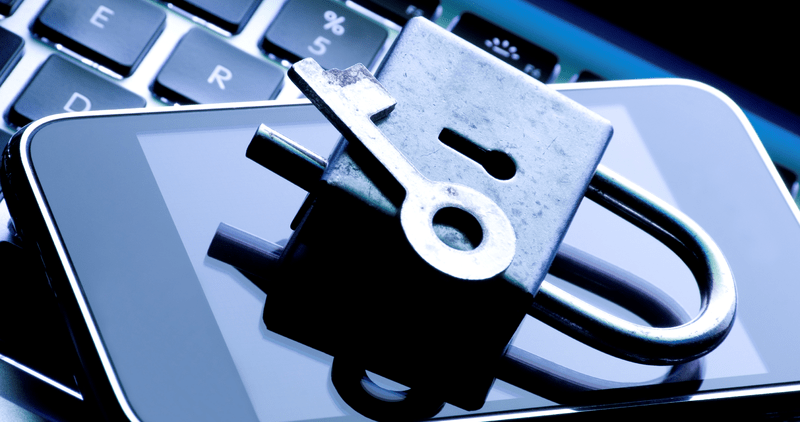 The rapid growth and adoption of digital and electronic payments by many Nigerian businesses and individuals as preferred means of transacting business is fueling the surge in electronic fraud, Business Hallmark can report.

According to a fraud report recently released by the Nigeria Inter-bank Settlement System (NIBSS), fraudsters have upped their game in their attacks leading to a 186% increase in financial frauds from 16,128 in 2019 to 46,126 in 2020.

The Central Bank of Nigeria (CBN), it would be recalled, had in December 2001, introduced the cashless policy in a move to reduce the amount of physical cash in circulation, thereby encouraging the use of electronic platforms for settlement or payment for goods and services.

While the pilot programme started in Lagos in January 2012, the policy was extended to Ogun, Rivers, Anambra, Abia, Kano and the Federal Capital Territory (FCT) on the 1st July, 2013. On July 1st, 2014, the policy kicked off in the remaining 30 states of the federation.

Ten years into the programme, the policy has spurred the growth of digital and electronic payments in the country, with many Nigerians adopting electronic platforms for settlement or payment for goods and services.

However, the rise in the adoption of electronic banking by Nigerians has also brought about a negative side: the exponential rise in cases of e-fraud.

Checks revealed huge discrepancies in the official figures often presented by government agencies, with reporting agencies even contradicting the figures they had earlier released.

The Nigeria Deposit Insurance Corporation (NDIC) in its latest report on financial fraud revealed that Nigerian banks lost over N264.5 billion to fraudsters between 2017 and September 2020.

While the total actual loss declined from N15.15billion in 2018 to N5.46billion in 2019, the NDIC report noted that the losses for only nine months (January to September 2020), was comparable to the financial losses (insured) institutions suffered for the entire 12 months of 2019.

Further analysis indicated that while ATM/Card-related fraud had the highest frequency, accounting for 49.78 per cent of fraud cases, web-based internet banking frauds came second with 21.02 per cent. It, however, has a higher loss value than ATM frauds.

In the same vein, fraud volumes and values are also climbing in NIBSS released data. According to the system, the volume of fraud successfully carried out has increased by almost four times between 2019 and 2021, while fraud value increased from N5.04 billion recorded for the first nine months of 2020 to N7 billion in the same period of 2021—a 34% increase.

The NIBSS further stated that fraudsters are focusing more on the mobile payment system, hence, fraud attempts on mobile increased by 330% between January and September 2020.
The total number of attempts as of Q3 (January to September), according to the NIBSS report, grew by 186 per cent from 2019 to 2020.
In the first nine months of 2020, fraudsters attempted 46,126 attacks, and they were successful on 41,979 occasions, 91 percent of the time.

On the other hand, no fraud was reported in transactions initiated through non-electronic channels like cheques and across the counter between 2019 and 2020.

According to NIBSS, demography is playing a big part in the rising cases of digital/electronic fraud, with those advanced in age more susceptible to successful attacks than the younger generation.

For instance, out of the 48,767 persons defrauded in the period under review, people over 40-years of age fell prey to fraudsters the most, with 33.97 percent accounting for the total number of defrauded persons.

Also, people ranged 21 to 30 were the second most defrauded at 31 percent. Those aged 31 to 40 account for 27 percent, while people below 20 were the least defrauded with six percent.

The NIBSS argued that the trend (electronic fraud) is expected to grow as Nigerians further embrace electronic channels for their day-to-day transactions.

While government and official bodies have been downplaying the severity of the plague, independent sources who did not want their identity revealed disclosed that the amount lost to electronic fraud is massive and is in the region of several trillions of naira.

“I can tell you that banking-related fraud peaked in 2021 as the sector recorded over N6.1 trillion alone to electronic fraud.

“What happens is that often times, most fraud activities go unannounced because banks are afraid of reputational damage.

“A public admission that a bank was attacked by cyber criminals could set off panic buttons in customers who may rush to take out their funds. So, all the stakeholders managed what they release to the public.

“An example was the 2017 cyber attack on Nigerian banks by North Korean hackers who stole several billions of naira in depositors funds.

“Quoting a cyber security firm, Kaspersky, the CNN had reported that North Korean hackers attacked banks in Nigeria and 17 other countries using the ‘Lazarus’ worm.

“If not for the CNN and other foreign media that broke the story, Nigerians would not have known of the attack regarded as the biggest bank heist in world history”, stated the banker who preferred to be identified as Johnson.
BH recalled that the CBN had denied being aware of the development ( North Korean hacking) when it was approached for comment.

However, in a subtle confirmation of the huge problem cyber thieves posed to the nation’s financial institutions, CBN Director of Consumer Protection, Mr. Sunday Salam-Alada, had at a workshop for Business Editors and Finance Correspondents Association of Nigeria (FICAN) in Benin City in 2018, projected that electronic fraud losses in the country’s banking system would reach N6.1 trillion by 2021.

The CBN boss said the bank had resolved over 13,715 complaints through its Consumer Protection Department (CPD), which resulted in the refund of about N72.2 billion to customers by commercial banks based on 25,043 cases of fraud in 2017.

He warned that the trend will continue to rise nationally due to evolution of channels, modes of payment and evolving technologies.
Some bank customers who had one time or the other fallen victim of electronic fraud while speaking with our correspondent lamented that the trend is becoming too rampant.

One of the victims, a customer of a first generation bank, said she experienced several unauthorized withdrawals from her account, but her bank is yet to refund the funds.

“I once visited an ATM in Abuja to withdraw some money. After slotting my card into the machine and waiting for instructions, two men distracted me, offering help which I declined.
“But when I slotted my card again to continue my transaction, it showed me a ‘card reported lost, card retained.

“When I went into the banking hall to complain, the person in charge went to check the machine and came to inform me that my card was not among the card that he saw. He advised me to block the card and also freeze the account.

“My contention is how a withdrawal can be made from an account that has been frozen and the ATM card blocked”, she said.
Another customer who also spoke on his experience in the hands of digital thieves, narrated how he transferred an amount to a client from a POS machine but that the client has not received the money till date.

He said when he went to his bank to complain, he was told the money he sent went to another client’s account which the bank provided details.

Most of the customers who spoke on the matter agreed that most fraud is perpetrated by insiders who are employees of banks.
Nearly half (42%) of all respondents told BH that they had personally experienced fraud, with more than two-thirds changing their banks as a result.

Ninety percent of respondents also told BH they were concerned about the potential of e-banking fraud and are contemplating not fully embracing the digital revolution.

Some anti-fraud experts mentioned several techniques used by fraudsters to defraud Nigerians of their hard-earned money to include card theft and social engineering. According to Wikipedia, social engineering is the act of manipulating gullible account holders to give out confidential information and bank details.
They, however, said that in some cases, there is no manipulation or deception involved and that victims accounts are just hacked.

Speaking on the rise in electronic fraud, Prof. Kareem Olatoye of the Faculty of Law, Lagos State University (LASU), Ojo, noted that the digital payment system was vulnerable to fraud and evidence of this abound everywhere, with cybercrimes, such as cyberstalking, cybersquatting, and phishing, among others, leading the pack.

He said identity fraud global losses totalled $52 billion in 2021, stressing there were, however, a plethora of existing Nigerian laws having provisions capable of helping to tackle electronic fraud.

The law professor stated that law could be used to proffer solutions, stressing effective regulation was required.