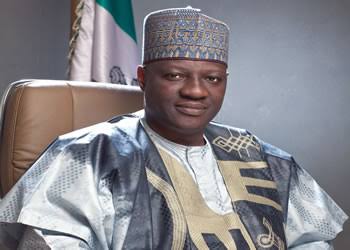 The Nigeria Union of Teachers (NUT) in Kwara says primary school teachers in the state will embark on strike on Monday to protest the non-payment of their four months’ salary arrears.

The Chairman of the union, Comrade Musa Abubakar, made this known in an interview with newsmen on Sunday in Kaiama, Kaiama Local Government Area of Kwara .
The strike action will begin just when schools are expected to resume from their first term holiday.
Abubakar said that the union could no longer guarantee industrial harmony in the state following the non-payment of their four months’ salary arrears.
He said that the primary school teachers in the state had been loyal and dedicated to duty in spite of the failure of the government to pay them salaries for months.
“I want to believe they have tried. If the members of the National Assembly are not paid for four months, I doubt if you will see anybody in the red or green chambers.
“I recall in Oyo State they were not paid for just two months and some House of Assembly members did not go to work.
“So for us to have worked for four months without pay, I think the teachers have tried and that is why we told the government that we cannot guarantee any industrial harmony again.
“We cannot guarantee any teacher going to class on Monday to teach with an empty stomach except the problem is addressed,’’ he said.
He explained that the union would start a sit-at-home strike action beginning on Monday to press home its demand.
According to him, workers from other sectors will soon join in the strike action in the spirit of solidarity.
The NUT leader criticised the state government for creating a dichotomy between primary schools teachers and their counterparts in the secondary schools.
He claimed that a Supreme Court judgment in 2002 had made state governments responsible for the management and funding of primary schools in the country.
“It is just unfortunate that a situation like this revolves around primary school teachers in the country.
“I want to say without mincing words that if that trend should continue, the primary school system will soon collapse,’’ the union leader stated.
Abubakar, therefore, urged the state government to live up to its responsibilities by doing the right thing.
“Education is the key and the bedrock of our development particularly at the grassroots.
“If this trend is not checked, honestly, this country will run into a problem.
“So I would, therefore, urge the federal, state, and local governments to ensure that the ugly trend is checked,” he said.
He said that once that was done, the proliferation of private primary schools due to the public’s loss of confidence in public schools would be checked. (NAN)