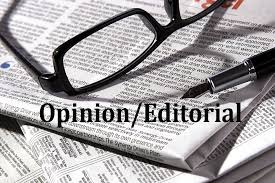 The title to the piece is a corrupted form of ‘peculiar mess’ or shall we say a Yoruba version? Adegoke Adelabu of blessed memory, a pre-independence politician who belonged to the NCNC had the copy right to that phrase.

But I only referred to the phase because what is happening in some states is nothing but peculiar mess. The issue of none payment of salary (mind you we are not talking of just one month but several months) which some states are owing however is no longer news. whatis news, however, is how some state governors are taking undue advantage of their positions to add exploitation to the injury .

The poor under-paid and in most cases unpaid civil servants have no option but to continue working and believing that there will come a time when things ‘go better’. I hope so too, however, l also believe that our problem is fear. We are so afraid of those we voted for that we turn them into tin gods from the day they are sworn in. That your friend you went to school together can no longer be a friend the minute he gets to government house. There is nobody around these governors who has the courage to tell them the truth. The sycophants will only tell his Excellency what his Excellency wants to hear.

We have been so militarized that we even fear those who are supposed to be serving us. Those we thought would behave like sons of the soil and give the soil enough manure to help growth therein are instead doing the opposite, they are draining the soil, sapping and not replacing. The sons of the soil are more interested in acquiring enough to sustain them even after they leave office, as they watch their citizens starve. I however will love to know the excuse that the sycophants are giving these governors which make it possible for them to sleep at night knowing that the civil servants haven’t been paid.

The most ridiculous would be that civil servants are now robots who work and don’t need to feed, pay rent and be responsible to their families. I don’t even want to imagine the homes where both couples are civil servants. I believe that the affected governors are not gentlemen. If they are they wouldn’t have broken an agreement. A worker deserves his pay, even in a country where inflation is making a mockery of civil servants pay.

If nothing is deducted, nothing will be received. To make matters worse, the workers cannot stop their contributions. Even those who have finished paying their loans are forced to continue paying. The workers are the ultimate losers. If governance is a contract, there is no doubt about the fact that such governors have broken their part of the agreement and have shown nothing but nothing but cruelty. The karma of cruelty is the most terrible of all. Most of these people have found solace in religion which helps portray a façade that they are happy with a situation of suffering and smiling.

I want to move that any governor that owes a month’s salary should be impeached. I have always said that no matter the number of roads you construct (most of which have been abandoned halfway) if you don’t pay those who work under you, especially if they are diligent workers, you have failed woefully.

This peculiar mess must stop.