Home Headlines Pastor Bakare reveals what Buhari must do if he wants to succeed... 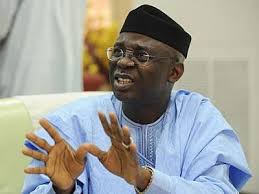 The founder of the Latter Rain Assembly, Pastor Tunde Bakare, on Monday said if the President-elect, Muhammadu Buhari, wants to succeed in office, he must ensure that he appoints technocrats as ministers. Bakare, who was Buhari’s running mate during the 2011 presidential election, said this at the Wema Bank 70th commemorative lecture in Lagos. Speaking at the event titled,

“Why Nations Succeed,” Bakare said, “In a few weeks’ time after the handover, I pray that the North, which has been out of power for a while, will not say now ‘it is our turn’. And whether the person fits the role or not, they put again, round pegs in square holes and forget the real issues and begin to attract the same incompetent people to run our affairs.

“What is it that is wrong with our nation that the best, the most competent, the fittest and people with capacity are not the ones running our affairs?” “Buhari must look for intelligent ministers like Mallam Nasir el-Rufai and Mrs. Oby Ezekwesili who both served as ministers under former President Olusegun Obasanjo. “It is not difficult to put things in order. If we have the mind to do it and you have the right people to occupy these offices like my sister Oby and like el-Rufai did in Abuja, those are the people we need to attract regardless of their religion, regardless of their gender, regardless of what part of the country they come from.”