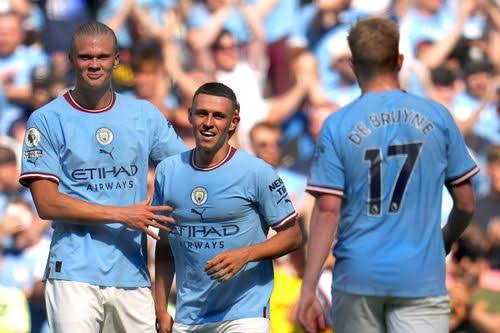 Michael Owen, former England striker, has said Manchester City are favourites to win the Premier League title ahead of Arsenal.

Though City are four points behind Arsenal after losing to Liverpool, Owen said the Citizens are still most likely to be champions.

“Well, it is tough to call the top four. Manchester City for sure. I think Chelsea are probably going to be in the top four. Arsenal as well. It’s very hard to leave one out, isn’t it?

“I’m actually torn between Liverpool and Tottenham at the moment.

“So it’s so hard to say. I’ll probably say Tottenham and Manchester United will miss out,” Owen said.

CBN limits over the counter withdrawal of new naira notes to N20,000 per day

February 2, 2023
The Central Bank of Nigeria (CBN), has limited daily withdrawal of new naira notes, over the counter, to N20,000 per day.This is contained...