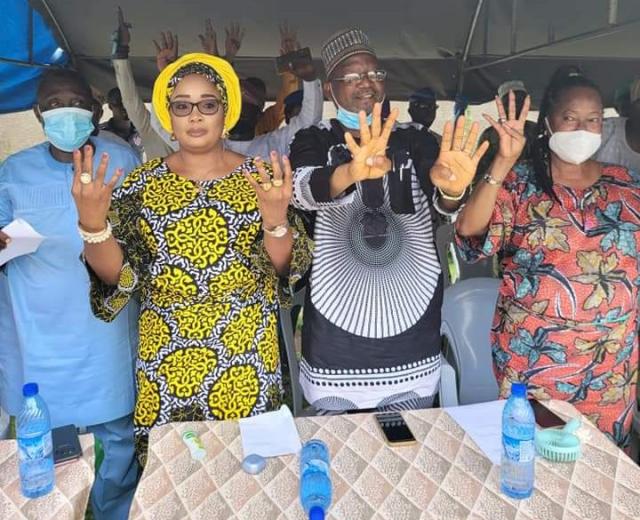 Leading members of the All Progressives Congress (APC) in Irewole Federal Constituency of Osun State, have endorsed the candidacy of the incumbent Governor of the state, Adegboyega Oyetola and the deputy governor, Benedict Alabi, for second term.

The endorsement was made in a communique at the end of party’s stakeholders’ meeting over the weekend; a meeting massively attended by political office holders and respected party faithful from the axis.

The meeting, which was held under the chairmanship of Hon. Ayobami Afolabi and Hon. Akinola Olasunkanmi Omotuntun, secretary, also pledged unflinching support for the chairman of the party in the state, Prince Gboyega Famodun.

The group frowned at the “purported splinter group” in the party known as “The Osun Progressives”, saying the motive behind the group was to distract Governor Oyetola.

“Also, we want to reemphasize that we, the APC members in the federal constituency of Irewole, Isokan and Ayedaade dissociate ourselves from membership of destructive splinter group in APC called TOP. The objective of TOP is meant to weaken APC party in Osun and distract His Excellency Governor Isiaka Adegboyega Oyetola from delivering dividend of democracy to the generality of the people.”

All local party Secretaries, youth leaders as well as women leaders and LGEA chairmen and members, including and all former scribes of the council were in attendance.