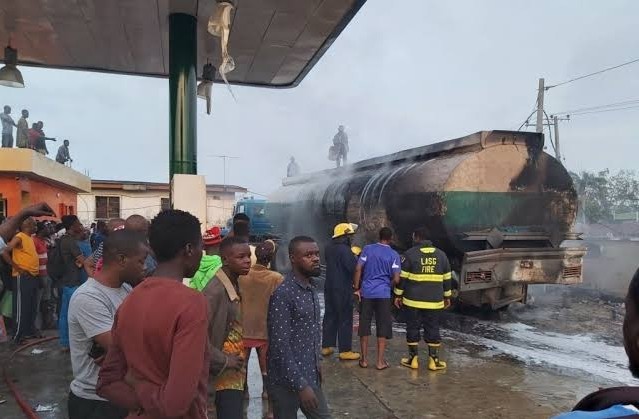 The Lagos State Government has said the tanker explosion which occurred in Ogba area of the State in the early hours of Tuesday, was caused by the spillage of petrol from a truck laden with petrol.

It was, however contained by the state fire service before much damage was done. The government which disclosed the cause of the explosion via its official Twitter handle, said the cause was discovered by LASEMA Response Team.

“The inferno was quickly curtailed due to the prompt response of the Agency’s team in conjunction with the Lagos State Fire Team,” the government said.