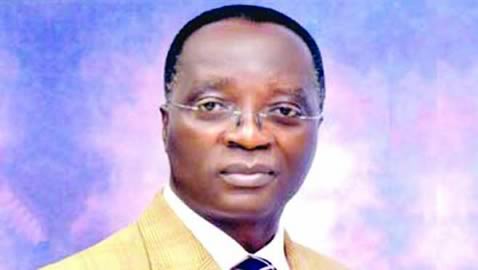 That the immediate past Commissioner for Insurance, Mr. Fola Daniel reinvigorated the Nigerian insurance industry by way of brilliant reforms is as incontestable as the fact that the sector nevertheless is yet to reach its destination, practitioners believe.

Of course, an industry targeting a N1 trillion premium income volume cannot settle for the current N360 billion status just as a 0.6 percent penetration in the Nigerian economy and a less than 1 percent contribution to the country’s gross domestic product (GDP) only indicate that the time to celebrate victory is still far. The implication, analysts believe, is that the present commissioner, Mr. Mohammed Kari, needs to work even harder – to consolidate on his predecessor’s achievements even as he introduces more ideas that must not conflict with those already enhancing the sector.

Mr. Daniel’s appointment on August 1, 2007 came at a time the National Insurance Commission (NAICOM) was at its lowest ebb. The technical capacity was abysmally below internationally accepted regulatory indices, with core technical staff capacity of less than 20 and 153 poorly trained auxiliary staff. This was further compounded by low staff morale owing to poor working condition/environment and poor remuneration.

The industry and the commission, in particular, were laced with series of litigations from the sector’s trade arms especially from the Nigerian Insurers Association and the Nigerian Council of Registered Insurance Brokers. Saddled with all those problems and the attendant challenges, Fola Daniel remained focused, determined to correct all the wrongs within NAICOM and the insurance industry.

Even the recapitalisation exercise conducted by the first Commissioner for Insurance, Chief Oladipo Bailey, was not without court litigations, but the era of Daniel witnessed peace and harmony among the various interest groups.

Within two months of his appointment as commissioner, he was able to bring an ongoing controversial recapitalisation and consolidation exercise to a successful conclusion in September 2007. This resulted in the consolidation of the then 107 insurance firms to 51.

The recapitalisation funds held in Escrow Account were subsequently released; and liquidators to administer the process of winding up insurance companies that could not meet the minimum capital requirements were appointed.

Before Daniel’s appointment, the Nigeria Insurers’ Association (NIA) and the Nigerian Council of Registered Insurance Brokers (NCRIB) had instituted several suits seeking the intervention of the court on several regulatory directives and actions.

The suits, if not well managed, were capable of undermining the essence of the commission. Following dialogue between Daniel-led NAICOM and the two trade associations – NIA and NCRIB, the legal challenges were dropped, paving way for out-of-court settlement.

The MDRI came with the objectives of building confidence in the Nigeria insurance market, promoting public understanding of insurance mechanism, growing the nation’s insurance premium volume and density as well as eliminating fake insurance certificates. It also brought about enforcement of compulsory insurances in the country,

The commission under Daniel also strengthened its core operational departments such as the inspectorate and supervision directorates. This has better repositioned the commission and enabled it to effectively supervise a revived insurance industry.

The commission under Daniel also witnessed the release of several guidelines, notable among which are Guidelines on Annuity Business, Operational Guidelines for Insurance Institutions, Guidelines for Oil & Gas Insurance Business in Nigeria, among others.

Besides, the commission’s Complaint Bureau was restructured and strengthened through the provision of required staff and working tools. This is in line with the commission’s Policy of Zero Tolerance of Non-Payment of Claims which now compels most insurance companies to treat claims payment promptly.

This has expedited the complaints resolution processes and enabled the commission to effectively monitor insurance companies’ claims settlement processes excluding NICON Insurance Plc, where a lot of complaints relating to pension matters are yet to be resolved.

Through the Bureau, a lot of claims that were proving difficult have been paid, findings revealed. About 1,500 complaints valued at about N2.2 billion was adjudicated and resolved between 2007 and April 2011. This development has increased insurance consumers’ confidence both in the commission and in the insurance industry.

Kari on the saddle

Mr. Mohammed Kari is sitting on a heap of high expectations from industry operators and other stakeholders, given his wealth of experience, especially in the present journey of the Nigerian insurance industry to match global competition and contribute more to economic growth.

Operators believe that the remarkable achievements of his predecessor (Daniel), which have helped to reposition the insurance sector will at best serve as building blocks for the new commissioner to take the industry to a global height and improve its contribution to the GDP.

Kari is expected to consolidate on reforms that will deepen insurance penetration, instill more discipline on operators in order to build higher public confidence in the industry.

Daniel had projected that by 2012, the insurance industry’s premium income would have hit trillion naira margin but till his exit this did not happen prompting him to set a new target of 2017. Kari is expected to make this happen come 2017.

President of Association of Registered Insurance Agents of Nigeria (ARIAN) Mr. Gbadebo Olamerun believes it will be difficult for Kari to follow Daniel hundred percent, but it will be sustainable for him to follow suit. “Follow suit in the sense that you don’t change the winning team.”

Olamerun is of the view that the industry is moving fast, so the best Mr. Kari can do is to follow suit some of Mr. Daniel’s reforms to a logical conclusion before putting in his own new ideas.

He said, “The industry is already running. If he brings in any other thing again, we start looking backward, and we lose focus. And what the industry will not like to experience now is to lose focus.

“The sanity in the industry is becoming very glaring. ‘No Premium, No Cover’ has done one of the best things for the insurance industry. The industry has grown 40 percent in a very short time, which is a remarkable achievement.”

At the recent mega conference of the industry held in Abuja, industry operators in their various breakup sessions set agenda on what needs to be done to take the industry to a greater height. The insurers were optimistic that if the new commissioner gives consideration to these agenda, it will aid the growth of the industry.

The session on Growth Option for the industry, among other things, suggested that there is need to create financial intervention agencies for the industry for the purpose of financing premium so that if the insured cannot pay premium at once, they can run to the agencies for assistance in order to have financial security. This, they said, will ensure higher patronage for the industry in the face of ‘no premium no cover’ regulation, which has obviously dissuaded many people from buying insurance.

Few days after his appointment, Mr. Kari beamed his regulatory searchlight on the Industrial and General Insurance (IGI) and even on his brain child company, Unity Kapital Insurance, issuing regulatory orders on the companies.

The commissioner, in the order, directed IGI to appoint an auditing firm from amongst KPMG, PWC and Delloitte to conduct a comprehensive financial review of its activities and submit the report to the commission within two weeks of the date of the regulatory order.

According to NAICOM, the firm will undertake a comprehensive review of IGI’s accounting system; conduct capital verification and validate the financial position of the company as at July 31, 2015.

The commission also ordered IGI management not to incur any expenditure in excess of N250,000.00 and not to carry out new investments or dispose any of its assets without the prior approval of NAICOM and should submit monthly report on its activities to NAICOM with effect from August, 2015.

The Unity Kapital Insurance board was restricted from holding any meeting or taking any further decisions in respect of the affairs of the company during the subsistence of the regulatory order.

Before these, Kari had informed the insurers that introduction of the new and globally accepted standard of supervision will ensure that the board of directors and management of insurance firms play their legal role of owing up to the effective management of their companies.

“The directors must take responsibility for managing risks in their companies and maintaining adequate capital to absorb any losses that may arise. The use of appropriate professionals in determining risk appetite of the company, financial provisions to be made and suitable structural adjustments shall be sacrosanct”, Kari warned.

But allaying the fears of the already jittered insurers, he stated: “Don’t see this as the regulator trying to introduce or push a new concept down your throats. We see it as an opportunity for you to learn what it means to imbibe the culture of risk based management.

“Regulation or no regulation, directors and management must accept their responsibilities to their shareholders, policyholders and all other stakeholders.”