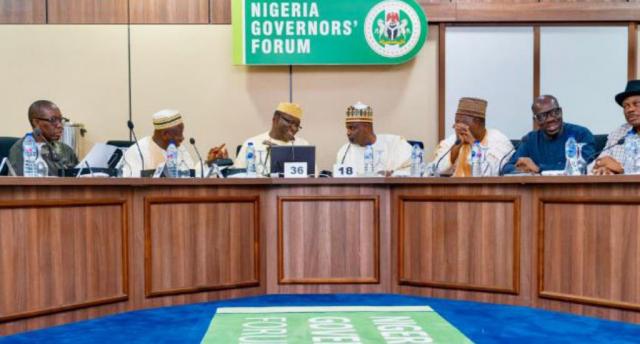 As the nation and economy face another major industrial crisis over recent government policies, indications have emerged that the country may be in deeper economic trouble than obvious. Report by BudIT last week revealed that over 13 states in the federation are technically bankrupt and could no longer meet their monthly recurrent expenditures, such as payment of salaries, pensions, and sundry allowances.

Labour unions under the aegis of NLC and TUC are returning to the trenches once again to challenge government fiscal policies that have led to a considerable increase in electricity tariff and fuel price, which they believe has seriously eroded the value of the N30,000 minimum wage approved last year. It would be recalled that the inflation rate, which has been on an 18-month upward movement last month hit 13 per cent. A more serious challenge for them is that many states have been unable to pay the new wage, which with the rising inflation has further compounded their woes.

But the issue is that not even the strike by labour can improve the economic condition of things in the country as most of the states cannot even meet their present financial obligations without paying the new minimum wage. According to BudgIT, a public sector-focused financial information agency, 13 States in Nigeria may have become technically insolvent as an independent research report indicated they failed fiscal sustainability test.

Top among the states that are not fiscally sustainable are Lagos, Osun, Oyo, Kogi, Ekiti and Plateau.  It stated that the states’ revenues could not fund their recurrent expenditure obligations together with their loan repayment schedules due in 2019. In the just-released 2020 edition of its annual state of states report titled, “Fiscal Sustainability and Epidemic Preparedness Financing at the State Level”, BudgIT noted that Rivers State ranked first on the 2020 States’ Fiscal Sustainability Index, followed by Anambra and Ogun states.

“From our 2020 State of States analysis, 13 states were unable to fund their recurrent expenditure obligations together with their loan repayment schedules due in 2019 with their respective total revenues.

“The worst-hit of these 13 states are – Lagos, Oyo, Kogi, Osun and Ekiti states while the other states on this pendulum are Plateau, Adamawa, Bauchi, Gombe, Cross River, Benue, Taraba and Abia. “Furthermore, of the remaining 23 states that can meet recurrent expenditure and loan repayment schedules with their total revenue, eight of those states had low (less than N6 billion) excess revenue,   that they had to borrow heavily to fund their capital projects. The worst affected are Zamfara, Ondo and Kwara states, which had N782.45 million, N788.22 million and N1.48 billion left, respectively.

“Based on their fiscal analysis, only Rivers, Kaduna, Akwa Ibom, Ebonyi and Kebbi  prioritised capital expenditure over recurrent obligations, while 31 states prioritised recurrent expenditure according to their 2019 financial statements.”

To achieve fiscal sustainability, Damilola Ogundipe, BudgIT’s Communications Lead, said:  “States need to grow their Internally Generated Revenue, IGR, as options for borrowing are reduced due to debt ceilings put in place by the Federal Government to prevent states from slipping into a debt crisis. There has to be a shift from the culture of states’ overdependence on Federation Account Allocation Commission, FAAC.”

Commenting, BudgIT’s Principal Lead, Gabriel Okeowo, noted that though some states have seen some improvement in their IGR between 2014 and 2019, there is still a need to put systems in place for aggressive IGR growth within the sub-national economies. He added that this more so as falling crude oil prices, OPEC production cuts and other COVID-19 induced headwinds are set to impact Federal Allocations over the next two years.

The current financial situation in the states may not be unconnected with the failure of the federal government to implement the agreed consequential adjustment in the sharing formula for VAT and Stamp Duty which ceded about 80 per cent share to the states o enable them to accommodate the new minimum wage. It was based on this adjustment that the governors accepted the minimum wage. But the federal government itself is in a deeper financial problem and is borrowing to fund the budget.

Recent figures by the Debt Management Office (DMO) showed that debt owed by state governments and the FCT as at March 31, 2019, stood at N3.97 trillion, with Lagos State which has N542 billion debt leading the pack.

Reports of transition committees in Lagos, Borno, Imo, Yobe, Zamfara, Bauchi, Gombe, Ogun, Kwara Adamawa, Nasarawa and Oyo, where there was a change of guards in government, show that among the states, domestic debt stock rose by nearly 200 per cent, from N412.98bn in 2011 to N1.37tr as at May 2019.

Within the same period, the states also increased external debt stock by 81 per cent from $1.75bn to $2.16bn. Five former governors: Abiola Ajimobi of Oyo, Abdulaziz Yari of Zamfara, Ibrahim Dakwambo of Gombe, Jibrila Bindow of Adamawa and Mohammed Abubakar of Bauchi were reported to have left behind over N612bn in debts.

Particularly, Zamfara State transition committee said Yari left behind a debt of N251bn. On the other hand, Dankwabo left behind N110bn in debts, Bindow N115bn and Abubakar N136bn.

A recent report by the Nigeria Extractive Industries Transparency Initiative (NEITI) showed that while Lagos got N501.2bn as revenue from both IGR and FAAC in 2018, the whole of South East comprising Abia, Anambra, Ebonyi, Enugu and Imo got N340.1bn; North East comprising Gombe, Borno, Yobe, Adamawa, Bauchi and Taraba got N351.5bn; North Central comprising Benue, Kogi, Plateau, Niger, Nasarawa and Kwara got N378.7bn.

Osun with annual revenue of N33.2bn has domestic debt profile of N147bn and external debt profile of N37bn, which is closer to the situation in most of the states. Within the past four years, many of the states had to rely on Paris Club refund to be able to meet their salary obligations, and even with it, states like Benue, Kogi, Imo, Osun, Abia, and 10 other states have not been able to meet salary obligations.

“Most of these states are insolvent. Unfortunately, a state cannot be bankrupt; otherwise, I would have used the word bankrupt. If they were corporate organizations, I would have said they are bankrupt,” said Dr Vincent Nwani, investment and business analyst.

“They are insolvent to a level where they cannot easily meet their short term basic financial obligations. At some point, these states may not be able to borrow again. By the time rating, agencies begin to rate them, they may no longer be able to borrow.

“And that’s where we are going. It’s already happening. Some of the state governments that were able to access loans last year were asked to go and get federal government guarantee. Getting federal government guarantee is not just going to the executive; it has to come from the National Assembly. It happened with Kaduna, and even with Lagos – as rich as the state is, it is still the most indebted state in the country.”

Yobe State recorded a total IGR of N23.94bn from 2011 to 2018; meanwhile, the states monthly wage bill is about N1.3bn, meaning that its IGR for seven years will be unable to meet its wage bill for two years. Borno State recorded a total IGR of N27.32bn in the last eight years, within which period, its domestic debt stock rose from N1.68bn to N68.38bn. Meanwhile, the state got N263.2bn FAAC allocations from 2013 to 2017.

“Governments cutting down their expenditures have become necessary. There should be a reduction in the fleet of cars, the rate of going abroad with a huge contingent, etc.” Dr Nwani said.

But it’s not just the states. The federal government itself is heading towards another debt trap. A DMO report fortnight ago showed that within three months – between December 31, 2018, and March 31, 2019 – the country borrowed N560bn. And within four years, the country’s debt total – state and federal – has gone from about $11trillion to $25trillion. This, according to DMO comprise N17trillion for domestic debt and N7.8trilllion for external.

“The issue of debt over-hang and debt crisis is not just a sub-national, it’s a national crisis,” Nwani said. “Over the last four years, Nigeria has doubled its debt from N11.8trillion to about N25trillion. This is a very big challenge.”

The authorities argue, however, that the debt stock is still low relative to GDP. In a presentation to investors in Washington recently, former Minister of Finance, Zainab Ahmed, noted that Nigeria’s debt, while it had risen in recent years, was still equal to just 19 per cent of gross domestic product in 2018, which is well below the average for emerging markets of just under 50 per cent of GDP.

However, analysts say the argument is deceptive because the revenue to GDP ratio is extremely low. Indeed, IMF data showed that Nigeria’s general government revenues were equal to just 5.7 per cent of GDP last year, far below the average of 22 per cent of GDP for the other 44 sub-Saharan countries for which the IMF collects data.

Nigeria’s revenue-sharing structure is about to undergo major changes following the report of the Revenue Sources committee, headed by Mr Bismarck Rewane, for the implementation of the new minimum wage of N30,000. It was learnt that the federal government has accepted to cede a certain percentage of its revenue allocation share to the states to enable them to pay the new minimum wage.

State governors under the aegis of Governors’ Forum had mounted stiff opposition to the N30,000 approved by the National Assembly and accepted the federal government insisting that they could not pay; instead the proposed N24,000. They had also proposed a change in the revenue allocation formula if they were to pay.

Most states governments in the past four years had relied on a budget bailout from the Central Bank of Nigeria, and budget support from the Paris Club debt relief refund to meet statutory salaries and pensions. The new minimum wage is expected to raise their personnel cost to as much as 68 per cent, according to experts.

The Rewane committee had recommended an 85 per cent Value Added Tax, VAT, revenue for states not more than five per cent reduction in federal allocation, and access to forex by states at the official window rate of N305 per dollar. It was learnt that government has already proposed an amendment to the existing revenue formula which will be sent to the National Assembly for enactment into law.

State governments were prevailed on to accept the new minimum wage on the promise of a review of the existing revenue allocation formula to increase their share. The government had set up the Bismarck Rewane committee for the sources of revenue to ensure the implementation of the new wage policy, but labour appears to have thrown spanners in the work with their demand for a higher rate of “Consequential Adjustments” across the other grade levels to reflect the new minimum wage.