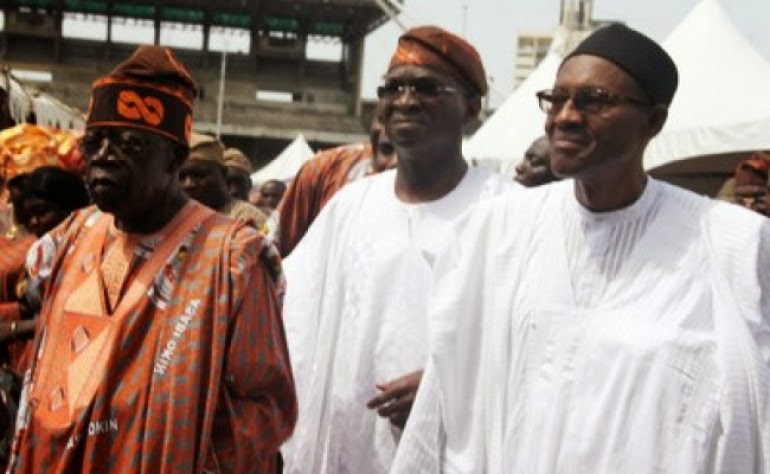 With brighter chances of defeating the Peoples Democratic Party and incumbent governor Idris Wada in the forthcoming Kogi state governorship election, leaders of the All Progressives Congress in the state are locked in bitter war for the soul of the party. YUSUF MOHAMMED reports

Since the merger of the main opposition parties to form the All Progressives Congress, APC, the Kogi state chapter of the party has been going through leadership crisis. The leadership tussle in the party is between the former governor, Prince Abubakar Audu and James Ocholi (SAN).

Ocholi was a PDP governorship aspirant in 2011. He however dumped the party for the Congress for Progressive Change (CPC) and became its governorship candidate. He is now a leader of the APC in the state.

Trouble started when the leader of the party, President-elect Muhammadu Buhari chose Ocholi as the leader of APC in Kogi state. The endorsement of Ocholi did not go down well with Audu, who felt that he should be the party’s number one leader in the state due to his antecedent as a former governor of the state.
Prince Audu argued that as a former governor, he should automatically be the main leader of the party in the state.  Aside from Audu’s insistence on being the party’s leader, political observers believe that Audu wants to be in full control of the party in order to have easy access to the party’s governorship ticket.
Although Audu has denied on various occasions that all is well within the party, the actions and inactions of party members do not indicate that all is well within the APC in kogi state.

Some key members of the APC have been crying out concerning the crisis rocking the party in the state.
According Hussein Abu Onaji, the continued pretense about the crisis might be the party’s albatross in the coming election.

Speaking to newsmen in Lokoja, the former Director-General of Kogi State Radio Corporation said “our members are worried because the national secretariat of the party appears to be turning a deaf ear to what is happening in the state where the two leaders are busy dividing the members.
He further said that, “Investigation revealed that there is indeed a division among party members who have lined up behind the two main politicians, seen to be fighting for the soul of APC. This is unnecessary because a sitting governor is automatically the leader of the party in the state, and in the absence of a sitting governor, a senator takes over as the leader.

Ocholi is of the view that the party might not succeed in the governorship election if nothing is done to put an end to the simmering crisis rocking the party. Ocholi who is favored by President-elect, Buhari to pilot the affairs of the party in the state said, “There is persistent clamour for change of leadership in the state. And most people are sufficiently aware that we cannot have the change we desire if we do not come together to chase PDP out of power. However, the basic truth is that we have passed the stage of arbitrariness in politics. I can bet with you that with the way Audu is handling people around him, nobody will like to vote for APC in the state and certainly he cannot win any election on his own in the state.”
Mr. Ocholi further stated that, “Prince Abubakar Audu sees me as using my position at the national level to gain political advantage over him for his governorship ambition.

However, in a further twist in the leadership saga, the Kogi East elders of the APC kicked against Audu’s style of leadership. They condemned the way he was handling the affairs of the party in a communiqué issued and signed by all APC elders in Kogi East.

Some of the members that took the decision were Senator Alex Kadiri, Chief John Odawn, James Ocholi (SAN), Alhaji Abdul Kaka and Hon. Positive Ihiabe and others.

They accused Audu of handling the affairs of the party just like his personal estate. “Prince Abubakar has hijacked the APC party machinery to his personal benefit.

“His unilateral decisions and actions on party issues have created bad blood in the party- a situation that is threatening to tear the party apart, they alleged.

It would be recalled that the Kogi Central APC elders also issued a statement against Audu’s style of leadership a few weeks ago.

However, Prince Audu seems to be getting more support from Kogi West Senatorial district.
In the battle for the APC leadership, one of the leading figures in Kogi West, Senator-elect, Dino Melaye, came to Audu’s defense. According to him, the claim by Ocholi about a crisis in the party is false and malicious.

He said, “The myopic, porous, parochial and intellectually stagnant imaginary crisis that only exists in the head of Ocholi is not only false but also a dream”.

In a similar vein, former Speaker of Kogi State House of Assembly, Clarence Olafemi who also hails from Kogi West came to Audu’s defense. According to him, “most of the people who are speaking ill of Audu joined the APC a month to the general election. Most of them never believed in the party. Where were they when Audu and some other key members struggled to put the party in order? Now that the party has won the Presidential election, they want to reap from where they did not sow anything”.

Yahaya Ibrahim a political analyst told Hallmark that, “Right now Governor Idris Wada of the PDP is unpopular in the state and as a result of that most people are ready to vote APC irrespective of who emerges as candidate. But with the ongoing crisis, if the PDP fields a candidate other than Wada, there would be a renewed hope in the party which would boost the party’s chances of winning”, he observed.