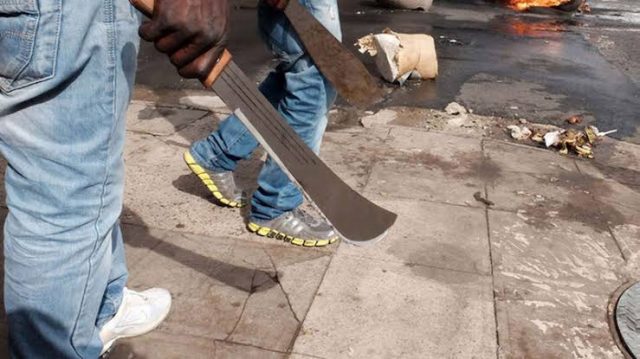 Crisis, on Friday, erupted in Bauchi, Northeast Nigeria, as youths burnt houses and destroyed properties in protest over alleged blasphemy.

The crisis had erupted in Warji Local Government Area of the state after some youths launched a manhunt for Rhoda Jatau, a lady who they accused of committing blasphemy.

This is coming a little more than a week after a student of Shehu Shagari College of Education, Sokoto, Deborah Samuel, was killed over alleged blasphemy.

The rampaging youths invaded Headquarters of Warji local government area, on Friday, in search of Jatau, but some residents were said to have whisked her away to safety, which angered the youths, leading to the destruction of some properties, including 11 buildings which were set ablaze.

Religious clerics in the area told journalists that they were working hard to calm the youths.

The State Commissioner of Police, CP Umar Mamman Sanda, deployed his men in the area and ordered investigation into the incident.

Giving an account of the incident, Police Public Relations Officer, SP Mohammed Ahmed Wakil, said, “On 20th May, 2022 Some irate youths set six (6) Houses and seven (7) shops ablaze, while some score of persons were injured as a result of a Blasphemous message posted on a social media by one Rhoda Jatau (female) 40 yrs old a staff of the Medical Department Warji Local Government.

“The Police have since deployed all Tactical Teams, Mobile Police Force and Rapid Response Squad (RRS) whose joint efforts brought the situation under control. The area is calm for now, while visibility Patrols are on going to keep the peace.”

The police appealed to the general public to be calm and go about their lawful business without any fear of intimidation as normalcy has been restored in the affected area.