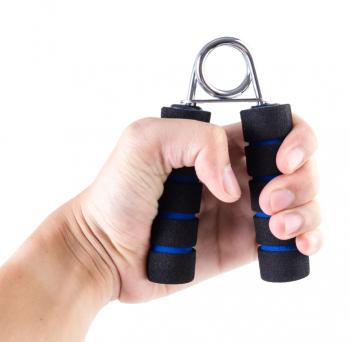 Based on their findings, the team says a grip strength test could be used as a rapid, low-cost screening tool for health care professionals to identify patients at high risk of severe illness, as well those at high risk of death from such conditions.

However, the researchers say few of these studies have provided data on how grip strength may be a predictor of disease prognosis, and many studies have only focused on specific high-income countries.

For their research, Dr. Leong and colleagues analyzed data of 139,691 adults aged 35-70 who were a part of The Prospective Urban-Rural Epidemiology (PURE) study.

Participants were from 17 low- and high-income countries – including Canada, Sweden, India, South Africa and Poland – and were followed for an average of 4 years.

The grip strength of all participants was measured using a handgrip dynamometer.

In addition, the team found that every 5 kg reduction in grip strength among the participants was linked to a 9% higher risk of stroke and a 7% greater risk of heart attack.

Among participants who developed both cardiovascular and noncardiovascular diseases, low grip strength was linked to greater risk of death. This, the researchers say, indicates that grip strength could predict mortality risk among individuals with severe illness.

The team says their findings remained even after accounting for factors that may influence cardiovascular conditions and mortality, including age, employment status, education level, physical activity level, smoking status and alcohol use.

Commenting in an editorial linked to the study, Prof. Avan Aihie Sayer, of the University of Southampton, and Prof. Thomas Kirkwood, of Newcastle University – both in the UK – say that while these findings are not new, they provide further evidence that grip strength may be a predictor of illness and early death.

“Loss of grip strength is unlikely to lie on a single final common pathway for the adverse effects of aging,” they add, “but it might be a particularly good marker of underlying aging processes, perhaps because of the rarity of muscle-specific diseases contributing to change in muscle function.”