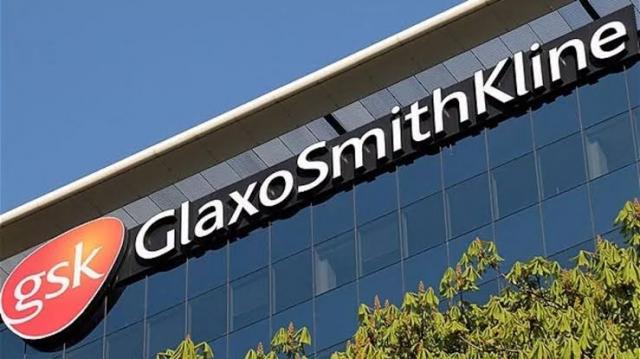 The ongoing economic meltdown has continued to take its toll on all aspects of the economy, including the pharmaceutical industry, which should benefit from the health crisis arising from the Covid 19 pandemic. But rising inflation and declining purchasing power has brought ruin to many producers/manufacturers.

This meltdown has further been accentuated by the pandemic, making businesses to adjust operation, and ways of managing the crisis. For GlaxoSmithKline Consumer Nigeria Plc, it has not been an encouraging walk, as reflected on its first quarter report.
GSK Plc is a public limited liability company with 46.4% of the shares of the Company held by Setfirst Limited and Smithkline Beecham Limited (both incorporated in the United Kingdom), and 53.6% held by Nigerian shareholders.

The Company recently published its unaudited first quarter (Q1) 2021 consolidated financial statements for the period ended 31 March 2021, and it was not an encouraging result, as it reflected the prevailing economic temperature.
A lot of key indicators showed a year-on-year decline. For instance, Group revenue (turnover) plummeted from ₦4.99 billion in Q1 2020 to ₦3.46 billion in Q1 2021 reflecting a decline of over 30.66%. The revenue fall, according to analysts was attributed to a sharp decline in the local sale of its healthcare products.

Ambrose Omokordion Chief Research Officer at Investa, said “the woeful performance of GSK has actually reflected market sentiment in the last two years. The purchasing power of average Nigerian has dropped significantly due to poor economic management by this administration, the pandemic and influx of contraband pharmaceutical products to the country.”

The company is basically divided into two segments viz: Consumer Healthcare and Pharmaceuticals, and while the Healthcare segment was largely profitable in Q1 2021 (making a profit before tax of ₦ 8.73 million by March 31, 2021, the pharmaceuticals segment made a loss of ₦262.93 million in the same period.

While goods for the consumer healthcare segment are produced in the country, the pharmaceuticals are all imported.

Business Hallmark’s investigation showed that imported pharmaceutical products are thus hugely exposed to the vagaries and hazards of foreign currency fluctuations. There’s a negligible income from export as there was no revenue from the foreign sale of its healthcare products (same as in Q1 2020), as the company did not export its products out of the country.

All these have had negative effects on sales. A lot of factors actually wiped off the marginal profits made by the company such as the cost of importing the antibacterial, vaccines and prescription drugs, and the significant local operating expenses.
In effect, the gross profit of ₦508.12 million made by the pharmaceutical segment of the company was wiped off by an operating expense of ₦735.7 million and this resulted in a net loss for the pharmaceutical segment of the business.

Apart from the impact of imported pharmaceutical products as already discussed, other issues that affected the companys Q1 2021 results and are likely to continue to affect its performance in future include: A limited product mix that has only the likes of Macleans and Sensodyne (Oral Healthcare); Pain relievers (Panadol and Voltaren).

Others are Digestive Health (Andrews Liver Salt); and Respiratory Health (Otrivin and Panadol Cold and Catarrh) all within the Consumer Healthcare segment. Increased competition, particularly from local pharmaceutical manufactures of similar over the counter medicines and other prescription medications and vaccines.

Akin Adeoye, a brand analyst said “companies like GSK needs to restrategise, it has not shown its hand in the area of products promotion in this era of stuff competition. Besides, our borders are open to all forms of pharmaceutical products that are not supposed to be here.”

He further told this newspaper that unless a new strategy to sale their products are put in place, companies like GSK will continue to suffer.

Recall that in October 2016, GSK Plc divested its drinks bottling and distribution business that manufactures and distributes Lucozade and Ribena in Nigeria, and other assets including the factory used for the drinks business to Suntory Beverage & Food Limited. The loss in revenue from these popular brands continues to impact its topline.

GlaxoSmithKline (GSK) is a global healthcare company and is well-known and acknowledged for its pioneering role in discovering and distributing vaccines for the likes of hepatitis A and B, meningitis, tetanus, influenza, rabies, typhoid, chickenpox, diphtheria, whooping cough, cervical cancer and many more.

It is also renowned for its manufacture and distribution of prescription medicines such as antibiotics and treatments for such ailments as asthma, HIV/AIDS, malaria, depression, migraines, diabetes, heart failure, and digestive disorders.

Perhaps GSK Plcs fortunes may change if the company is able to obtain the parent companys licence to manufacture GSK-owned vaccines and prescription medicines within the country while also exploring the possibility of extending the sale of its products outside the shores of the country.