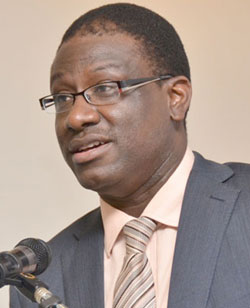 The Federal Government has revealed plans to review the operations of the oil companies operating in the country through the separation of gas from oil leases.

According to him, the review is parts of efforts aimed at attracting investors and international gas firms such as OAO Gazprom and Centrica to the Nigerian gas sector. He said,”The separation of gas from oil leases will also help increase Nigeria’s gas output and contribute to the country’s plan for gas utilization and commercialization.”

He also stated that almost all of the country’s gas reserves of 184 trillion cubic feet of gas were found in the course of searching for crude, adding that the new plan will provide opportunities for companies specifically interested in exploring for gas.

Ige said, “Gas, over the last few years, has become a very prominent commodity on its own, which requires a life of its own. Nigeria needs companies such as Russian exporter OAO Gazprom and Centrica Plc, the United Kingdom’s biggest energy supplier, to enter the market to drive our gas agenda aggressively.”

He further disclosed that NiGaz Energy Company, a joint venture created in 2009 between the NNPC and Gazprom could not get a foothold because all the acreages with significant reserves are held by other companies including Shell, Chevron and Exxon Mobil.

According to him, more than 80 percent of Nigeria’s hydrocarbon reserves are in leases held by Royal Dutch Shell Plc, Chevron Corporation, Exxon Mobil Total SA and Eni SpA, whose priority continues to be oil.

He noted that when current industry reforms are completed and a new industry law is passed, companies that are not oil players can have access to gas, adding that this will bring about more vibrant interest from players like Gazprom.