The Pharmaceutical Society of Nigeria, PSN, has commended the efforts of the Central Bank of Nigeria, governor, Mr. Godwin Emefiele, to mitigate the damaging effects of the Covid 19 lockdown on the economy. The Society believes that this singular action of the governor may provide the succor to the economy and avert a major economic devastation.

Mazi Sam Ohuabunwa, President of the body told BusinessHallmark in an interview that the governor has been quite proactive and anticipatory, and they were impressed by his policies and interventions to save the economy. He is particularly happy with the proposed N100 billion research fund for the Covid 19 cure.

“It is very timely and critically important. Do you know something? The CBN governor, Mr. Godwin Emefiele, has really surprised everybody and largely exceeded public expectations of him. His performance has brought home the fact again that it is in a period of crisis that the true quality of leaders are displayed. He said that the CBN has become the main fiscal policy driver of the economy and this is raising some hope.”

According to him, Emefiele has demonstrated beyond doubt his leadership capacity, and the organized private sector commends his policies and actions since the crisis began; noting that if the economy is going to experience moderate shocks the country have the CBN to thank.

“The proactive interventions have brought some stability and confidence to the economy, especially the SMEs sector. They are very critical to reducing the shocks and for the quick recovery of the economy, he said”.

“He actually preempted our (PSN) position; he is being proactive and anticipatory of the future; that is leadership. Like I said before, this will not be the last pandemic, so the time to start preparing for the future is now. R/d is very expensive, as I have said, and government needs to provide grants and subventions, and soft loans o individuals and companies involved in research to access, because not even companies can comfortably fund it, especially publicly quoted firms. Individuals need grants while companies should get cheap loans because they have more capacity to prepay.”

Ohuabunwa said that it would be suicidal for a researcher to take bank facility to finance their research projects they are not sure of the outcome. So, the CBN intervention has really cut through the heart of the matter and we believe there will be positive result from this.

“Again, let me tell you something. In the 1980s, there was this policy on essential drugs manufacturing, which required the local production of 70 percent of basic drugs. It required pharmaceutical firms to make huge investments in expansion of capacity, and backward integration. The idea was to increase local content and value addition; unfortunately, the level is about 30-40 percent as the policy was not sustained and imports continued to flood the market, completely defeating the purpose.

“Even at that level, basic raw materials, such as starch, sugar – additives – are still imported; these are called API – additive pharmaceutical ingredients, which are mostly produced by petrochemical companies”.

COVID-19 Impact will be Minimal on Lagos – Economic Planning Commissioner 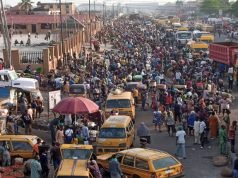