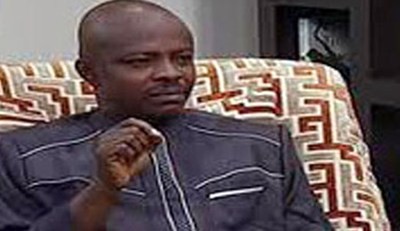 Workers in the Nigerian electricity sector under the aegis of the National Union of Electricity Employees (NUEE) have kicked against the reported ongoing discussion between the Nigeria Atomic Energy Commission and Russia’s Rosatom Corporation to build nuclear power plants in Nigeria.

The General Secretary of NUEE, Mr. Joe Ajaero, said in a strongly worded statement at the weekend that it sounded outrageous for Nigeria to toy with the idea of building nuclear power plants when other countries all over the world are abandoning the idea of building such facilities because of the associated consequences.

Ajaero noted that the German Coalition Government through the Minister for Environment, Norbert Rottgen had announced a reversal of policy that will see all the country’s nuclear power plants phased out by 2022, due to the 2011 Fukushima nuclear accident crisis in Japan.

According to him, a Japanese court has also issued a landmark injunction, halting plans to restart two nuclear reactors in the west of the country, citing safety concerns.

He listed the power projects to include, the 3,000 megawatt-capacity Mambila Power Plant; 1,000MW Zungeru Power station; 1,000mw Coal Plant in Enugu and Kogi States; Oji River Hydro Power Station in Enugu, among others.

“Nuclear power plants are some of the most sophisticated and complex energy systems ever designed and no matter how well it is designed and engineered, it cannot be deemed failure-proof. It is evidently clear that we do not have the required capacity to manage disaster that may emanate from nuclear accident.
Japan, even with the high level capability in terms of human and economic power found it extremely difficult to manage the nuclear accident, which rocked the country in 2011 and led to the death of thousands of people. Building of nuclear plants in Nigeria will no doubt subject the citizens to unavoidable risk,” Ajaero explained.

He added that the country cannot turn “skewed-eye” to the global concerns that a combination of human and mechanical error at a nuclear facility could result in significant harm to people and the environment.

According to him, operating nuclear reactors contain large amount of radioactive fission projects, which if dispersed, can pose direct radioactive hazard, contaminate soil, vegetation and be ingested by humans and animals.

Ajaero said human exposure at high enough levels could cause both short term illness and longer-term death by cancer and other diseases, adding that the issue of unresolved problem of radioactive nuclear waste has remained a big issue.

”In Eastern Europe, a number of long established nuclear projects are struggling to find finance, notably Belene in Bulgaria and the additional reactors in Romania and some potential backers have pulled out,” he added.

He noted that in times of conflict, nuclear power plants have become targets for military attacks.

To buttress his points, Ajaerop cited the September 1980 bombing of the Al Tuwaitha nuclear complex in Iraq in ‘Operation Scorch Sword’; the June 1981 Isreali air strike that destroyed Iraq’s Osirak Nuclear Research facility in ‘Operation Opera’; Iraq’s bombing of Iran’s Bushehr nuclear plant for six times between 1984 and 1987 and the 1991 US bombing of three nuclear reactors and an enrichment pilot facility in Iraq.

Others include the 1991 Iraqi’s launch of scud missiles at Isreal’s Dimona nuclear plant and the 2007 Isreali bombing of Syrian nuclear reactor under construction, among other incidents.