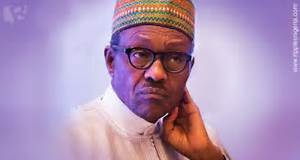 Recent developments in the government point clearly that the anti corruption policy, which had been the mantra of President Buhari both for his election as well as legitimacy, is unraveling. For a government that has made so much political capital of fighting corruption to now be enmeshed in very serious cases of corruption, abuse of office and nepotism is proof of how awry things have degenerated just a few years into the life of the administration.

Evidently, the president seems to be the only true convert and adherent to the anticorruption fight; to some of his key appointees it remains business as usual.In the past few weeks, troubling allegations of corrupt practices have emerged against some high ranking officials of the administration casting serious doubts on the sincerity and strategic buy-in of officers of state to the policy. It would be hypocritical and deceitful to be hounding members of the previous regime and exposing their alleged looting while similar deeds are being perpetrated under the nose of this government.

Nigerians voted for President Buhari to break with the inglorious past, when the country was reputed globally for corruption and graft, and so it would a failing of monumental proportions for the president to remotely tolerate and condone any appearance of it regardless of whoever is involved. The election of President Buhari presents the country with another golden opportunity to change things and turn a new a chapter in its largely unimpressive national record; therefore it would be a great disaster to squander such prospect.

The past week has been quite eventful in the anti corruption drive of the government as more and more revelations came to lightto the chagrin and bewilderment of Nigerians who genuinely believe that corruption is the main challenge of development in the country and any attempt to stamp it out should be encouraged and supported.

Last week Monday First lady, Aisha Buhari, called for a probe of the Aso Rock villa clinic, which does not have basic materials after N3 billion was appropriated for it in 2017 almost N10 billion in past three years. This came on the heels of the blow out in the NNPC between the minister of state for petroleum, Dr. IbeKachikwu, and the GMD of the NNPC, Dr. MaikantiBaru over contract awards and sundry issues. Before this the IGP Ibrahim Idris had been in the eye of the storm over allegations of abuse of office, nepotism and corruption. Like the NNPC saga, a senate adhoc committee has been set up to investigate both cases.

Earlier in the year, most Nigerians were shocked at the revelations that the suspended secretary to the federal government, SGF, Mr. BabachirLawal, was implicated in the contract scam by using a company he has interest to collect about N270 million for the grass cutting of IDP camps without even delivering. After so much hues and cry following the senate probe and report, he was subsequently suspended and a presidential committee headed by vice president Osinbajoset up to review the case.

Six months later, Babachir is still on suspension and the report, which was submitted since June, is yet to be released. The same fate also has attended the case of the suspended DG of the National Intelligence Agency, Mr. AyodeleOke, over the over N56 billion Osborne towers cash cache. Before these, the president had set up a presidential committee on military contracts to investigate all contracts awarded from 2007 to 2015.

In its preliminaryreport the panel  raised questions about the involvement of two former senior military officers – Lt. Gen. Dambazzou, former Chief of Army staff and minister of Internal Affairs, and Lt. Gen. TukurBurutai, current Chief of Army staff, who were COAS and Director of procurement respectively during the period. The main report was never completed nor released.

All these growing allegations against appointees of the government point to one conclusion: The president has lost firm grip of the anti corruption fight.Even the president himself must have unwittingly given the green light that abuse of office and nepotism is tolerable by the government when he brazenly filled all the strategic positions in his security team and kitchen cabinet with only northerners. Because the president could do it the DSS was bold enough to carry it a notch further.

This newspaper is persuaded that the anti corruption war has run into a major moral crisis casting a thick cloud on the legitimacy of this government. Most Nigerians voted for the president because of his assumed impeccable integrity and asceticism, and it would amount to a huge betrayal of political trust for the president to unwittingly or otherwise renege on the mandate. Corruption is still prevalent in this regime in spite of the spirited efforts being made to deal with past infractions.

A major criticism of the current anti corruption fight is its narrow definition and retrospective application. Seen as only the stealing of money, the fight is restricted in its salutary effect on society as other insidious corrupt practices such abuse of process, nepotism and executive recklessness, which are seriously prosecuted in other sanerclimes, fester. Without addressing these issues, the anti corruption war is only standing on one leg and cannot guarantee the president a plank for reelection.

Again the focus on past incidents has tended to obscure and ignore the evil being perpetrated by present leaders. Such unequal attention has led to accusations of bias and prejudice against the opposition party in the anti corruption war, because you cannot be looking back when the present and future are in peril. So this government has responsibility to properly define the policy thrust of the corruption fight and pay as much attention on the present as it has invested in the past.

It is about Nigeria and not anybody or regime. If after his tenure Nigeria is still in the quagmire of corruption in spite of the exposure and recovery of some looted funds, then the whole exercise would have been in futility. We recognize the health challenges of the president compound by age, but the truth is that it was his choice to take up the job and he also has the choice to step down if he can longer discharge the responsibility. Making excuses on such count is simply dishonest and disingenuous. Let the anti corruption fight begin!