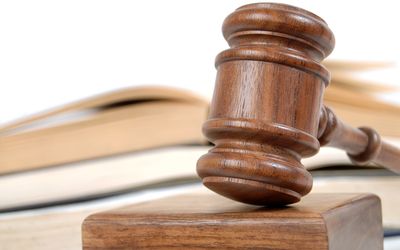 A federal high court in Abuja has declined to vacate an order restraining the federal government from deducting funds from the 36 states in Nigeria to settle $418 million judgement debt relating to the Paris Club.

The presiding judge, Justice Iyang Ekwo held that all pending applications would be taken on the next adjourned date of December 13, 2021.

The order was earlier made by the court restraining the federal government through their agencies from deducting the plaintiff’s monies pending the determination of the motion on notice.

At the resumed hearing on Tuesday, Jibrin Okutekpa, counsel to the 36 states (plaintiffs) told the court that he had two motions to move.

He said all the defendants had responded to various applications they were served except Dr Chris Asoluka who is the 9th defendant, who transacts business under the NIPAL consulting Network, NAN reported.

He said Mr Asoluka has refused to receive the court processes they served.

Justice Ekwo granted Okutekpa’s prayer and ordered that the 9th defendant be served within three days by pasting the notice on his address.

Oyin Koleoso, counsel to the first, second, fourth and sixth defendants told the court that he had filed a motion asking the court to vacate its order of November 5.

Wole Olanipekun, SAN, counsel for the 14th defendant (Dr Ted Iseghohi-Edwards), also prayed the court to set aside the order.

He said the plea is being made based on the Supreme Court and Appeal Court decisions under which the judge took the application.

Chief Olusola Oke, SAN, counsel for the 12th and 13th defendants (Riok Nigeria Ltd and Prince Nicholas Ukachukwu), also prayed the court to vacate the same order. He told the court that his clients were affected by the order.

Justice Ekwo who declined to vacate the order noted that the restraining order was made subject to the motion on notice filed by the 36 states (the plaintiffs).