Mental health experts and members of the Civil Society have called for the incorporation of mental healthcare into the emergency response to the Chibok girls in anticipation of their release from the grips of Boko Haram.

They also want the Federal Government to pay compensation to their families to enable them cushion the effects of the trauma they went through over the incident.

They spoke at a media forum convened in Lagos yesterday by an NGO, Media Concern Initiative, to look at  addressing the Post- Release Emerging Issues.

About 300 girls were abducted in April by Islamic insurgent group, Boko-Haram from Chibok in Borno State, causing a global outrage against the activities of the terrorist group.

Speaking on the occasion, Dr Yusuf Kadiri called for post traumatic stress management of the Chibok girls and their families over a period of three to six months after their release to deal with emerging psychological and emotional pains.

“They (Chibok girls) need post-trauma stress therapy three to six months after the incidence. Counselling units should be established in Borno State, ”said the psychiatrist said.

Oyekunle of KIND who shared her experience of a recent visit to Maiduguri, said that survivors of the crisis in Borno State suffer from both Boko Haram and the Nigerian soldiers drafted to quell the Boko Haram crisis.

“Many of the affected people are poor. Many of them have lost their businesses. Some sleep in the post office. Compensation should be a given. The right people should be drafted in to provide them medical and psychiatric attention,” she added.

Helen Obiageli Oshikaya also called for comprehensive medical care  which include psychiatric and medical support for the girls.

“As much as we want to believe that many of these girls would return untampered with, unspeakable things would have happened to them. They are going through trauma, their families must get the encouragement to get counseling. The girls would need psychiatric test, HIV Test, pregnancy test. Do we have people on ground to deal with these problems? We should start demanding emergency mental healthcare for the. Government should send child and adolescent psychiatrists to the girls. Their families should be paid compensation.

Dr Zanna Gana of Purple Heart Foundation who is also an indigene of Borno State called for arrest and prosecution of sponsors of Boko Haram. Gana who alleged that the activities of the insurgents worsened after some of them arrested in 2009 were granted amnesty, said that until the sponsors of Boko Haram are taken care of, all the talks about curbing the insurgency would not get anywhere.

“If we are not talking about getting the sponsors, all these talks will not get us anywhere,” said Gana who revealed that released insurgents returned to Borno to kill all those who pointed them out to law enforcement agents in 2009.

Speaking on the idea behind the forum, the Executive Director, Media Concern Initiative, Dr  Princess Olufemi-Kayode, said the media forum as an advocacy/ educational tool sought to shed light on the crucial areas that  all concerned need to look at in channeling responses for healing and full rehabilitation of Chibok girls.

“It is pertinent to look ahead and plan to address emerging issues including mental health, protection, psychosocial and psychological needs of the victims and their families even as we hold out in hope that they will be returned alive by their abductors.” she said. 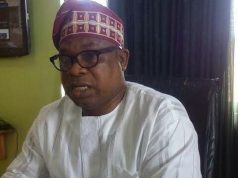