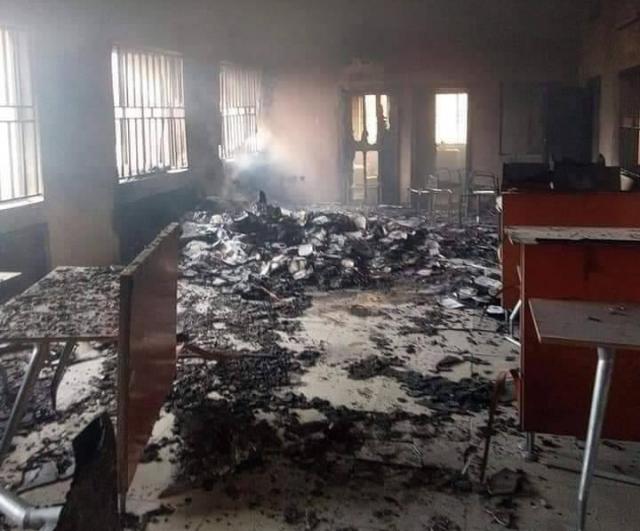 The building is located along the Enugu/Abakaliki Highway, opposite the Peoples Democratic Party office in the state.

The incident is the latest of series of attacks on government facilities, especially security agencies in the Southeast by unknown gunmen.

The attack was carried out on Tuesday by hoodlums using petrol bombs, witnesses said.

The fire which began in the early hours affected the library and the security post of the court building.

However, fire fighters were said to have later mobilised to the scene to put out the fire before it could cause more damage.

No casualty was recorded in the attack which destroyed court records in the library.

The police spokesperson in the state, Loveth Odah, who confirmed the incident, said the attackers came in their large numbers to carry out the attack.

Most states in the South-east and South-south, have been grappling with severe security challenges, including the spate of attacks on security agencies.