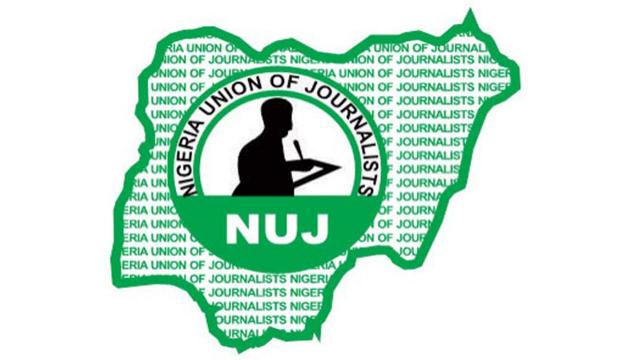 The Abia state council of the Nigeria Union of Journalists, NUJ, has urged state Boundary Committees and National Boundary Commission, NBC, to be more pro-active in finding solutions to the numerous boundary disputes in parts of the country. The Union also called on them to ensure urgent delineation and demarcation of boundaries between feuding border communities, using natural features, as a means of finding permanent solution to the lingering border issues.

The body, in a 9-point Communiqué issued at the end of inaugural state congress of the State Executive of the Council held at the state council Headquarters, however, noted the efforts of the state governments in ensuring resolution of boundary disputes and urged the affected state governments to do more to protect all boundary communities in the wake of various boundary conflicts, as most of the disputes have continuously led to loss of lives, properties and abandonment of ancestral homes.

In the Communiqué, endorsed by the Chairman, Victor Ndukwe and Secretary Mrs. .Adaeze Ralph Igbokwe, the members regretted that more than three (3) years the people of Iheosu and surrounding villages of Isu community in Arochukwu Local Government Area of Abia state, were forcefully chased out of their dwelling homes by their people suspected to be Utuma neighbours of Cross River state, the inhabitants have had no hope of returning to their homes again.

“For years they have been living in exile as Internally Displaced Persons (IDP’s) without hope. They have no means of livelihood, but resort to begging or unskilled labour to survive.”

The Congress also noted that many Iheosu citizens have died out of frustration or killed in the process of attempting to reclaim their land, properties, food or other personal effects and investments, since they fled their ancestral homes where they had lived all their lives. It is being alleged that people from Cross River state have now moved to occupy the homes built by Iheosu people and are harvesting their abandoned crops, wares and economic trees as well as taken over the possessions of their ancestral homes.

Worried by the role the disputed areas played during the Nigerian/Biafra war, as the major food-basket, and still known for commercial and agricultural activities, Abia Journalists called on the Abia state government to prevail upon the federal government to give urgent attention to the dilapidated Ikot-Okpora- Ututu-Nkana bridge Federal road which traverses the food areas of three states, namely; Abia, Akwa Ibom and Cross River States respectively.

Federal government should also urgently take urgent steps to rehabilitate other important dilapidated federal roads in the state, which are seriously begging for attention because of their economic importance and long neglect.

The Congress used the occasion to pass a Vote of Confidence on the National President of the Union, Comrade Chris Isiguzo, for his dynamic, purposeful and result-oriented leadership which has lifted the NUJ to higher heights and urged him to remain focused in the discharge of his official duties.

This is also as the body commended Abia state government for joining the rest of the South- East States to float Ebubeagu security outfit to boost security in the region and enjoins the State Executive to work with the State House of Assembly to give the outfit a legal backing and make it operational.

It also urged Abia state government, in liaison with all security agencies in the state to take proactive steps to stem the spate of attacks on security formations in the state as such attacks were taking its toll on personnel and infrastructure of the Police and rendering society vulnerable to hoodlums.

On the on-going regional development at Aba, the Congress lauded the Abia state government for bringing about infrastructural rebirth in the commercial city of Aba and urged the administration not to rest on its oars. In the same way congress implored the public to cooperate with government and its contractors executing the various projects, rather than hamper or disrupt ongoing projects and channel their grievances, if any, to appropriate quarters.

The journalists commended federal lawmakers from the state for their efforts in attracting various projects to the state and implores them to do more. They enjoined the Ministry of Transport and Umuahia North-Umuahia South local government authorities to clearly designate Bus-stops and No-parking zones in the Capital City of Umuahia to end the constant harassment, molestation and extortion of motorists and Tricycle operators by touts.